Donald Trump, Jr. slinks away after Senate Intel. grilling: I'm 'not at all' worried about perjury charges 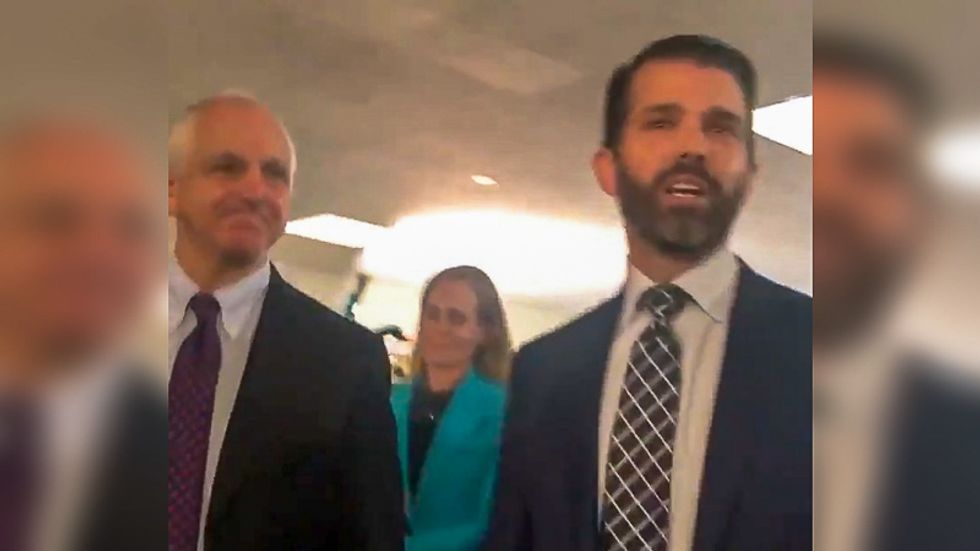 Donald Trump, Jr., the president's son, insisted on Wednesday that he is "not at all" worried about facing perjury charges after he was forced to testify before the Senate Intelligence Committee for a second time.

"I don’t think I changed anything of what I said because there was nothing to change," Trump Jr. told reporters after exiting the closed door hearing.

“Sir, are you worried about perjury?” one reporter shouted.

“Not at all," the president's son insisted.

Donald Trump Jr has finished his closed-door interview with the senate intelligence committee. He was in there just… https://t.co/4QaRf7h0nj
— Ryan Lucas (@Ryan Lucas) 1560355901.0