Downed drone was some 34 km (21 miles) from Iran coast: US general 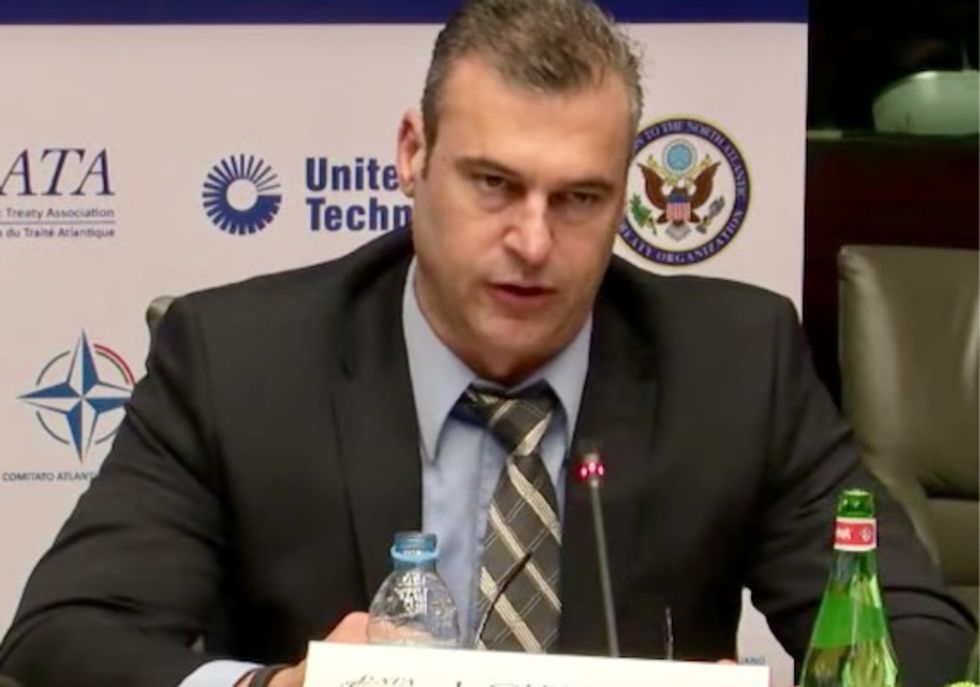 A US spy drone was some 34 kilometers (21 miles) from the nearest point in Iran when it was shot down over the Strait of Hormuz by an Iranian surface-to-air missile Thursday, a US general said.

"This dangerous and escalatory attack was irresponsible and occurred in the vicinity of established air corridors between Dubai, UAE, and Oman, possibly endangering innocent civilians," said Lieutenant General Joseph Guastella, who commands US air forces in the region.

The Pentagon released a graphic pinpointing the position of the drone on a map of the Strait of Hormuz, the strategic passage through which much of the world's oil passes.

Guastella said the drone, a Navy variant of a high-flying Global Hawk, was over the Strait when it was hit and it fell into international waters.

"At the time of the intercept the RQ-4 was at high altitude, approximately 34 kilometers from the nearest point of land on the Iranian coast," he said, over a video to the Pentagon press briefing room.

Iran's Revolutionary Guard said the drone was shot down with a missile over the waters of Hormozgan province, which borders the north side of the Strait of Hormuz.

It said the drone departed Wednesday from a US base on the south side of the Gulf, passed through the Strait of Hormuz and headed east toward the Iranian port of Chabahar on the Gulf of Oman.

On its return, according to the Guard, the drone was shot down at 1944 GMT Wednesday in a coastal area near Badar-e Jask on the Gulf of Oman.

"Iranian reports that this aircraft was shot down over Iran are categorically false," Guardella said. US Central Command said the drone was shot down at approximately 2335 GMT.

The Pentagon released a video showing the fall of a brilliant object trailed by a streak of black smoke.