Drugs and Brexit: Race to replace UK's May under way 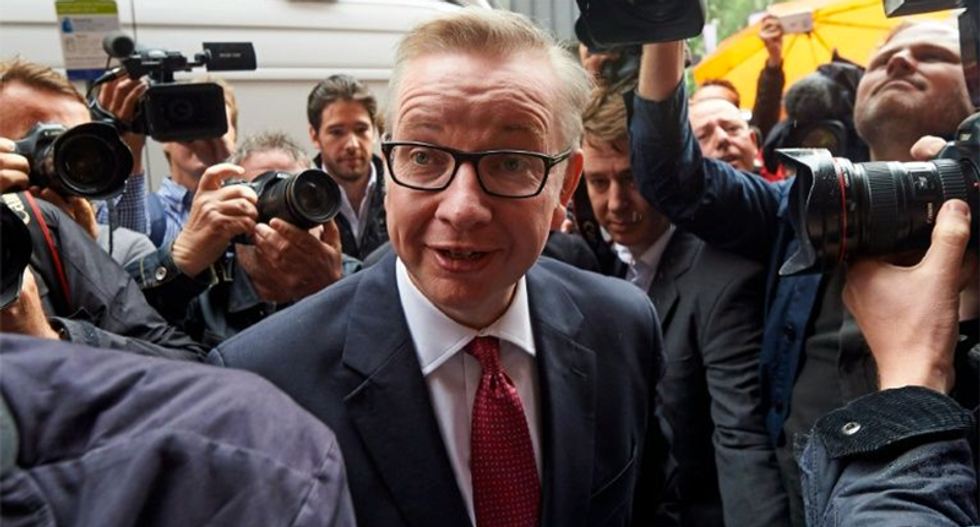 The contest to replace Theresa May as Britain's next leader formally got under way on Monday, with frontrunner Boris Johnson facing criticism from Paris over his Brexit plan and a key rival struggling to throw off a drugs scandal.

Eleven candidates have declared their interest in succeeding May, who quit as her Conservative party's leader on Friday over her failure to take Britain out of the EU on time.

She remains prime minister until a new leader is chosen, likely in late July, and they will automatically enter Downing Street.

The race has been dominated by Britain's looming EU exit on October 31, with Johnson among those talking tough on the need to renegotiate the terms May struck or leave with no deal.

But his vow to refuse to pay the multi-billion-euro financial settlement she has agreed, covering Britain's liabilities from four decades of EU membership, drew a sharp rebuke from Paris.

"Not honoring payment obligations is a breach of international commitment equivalent to a default on its sovereign debt, with the consequences that we know," a source close to French President Emmanuel Macron told AFP.

Johnson is the bookmakers' favourite but has not appeared in public for weeks, a tactic that has helped the politician best known for his gaffes, jokes and anecdotes to stay on message.

While his rivals have been touring the broadcast studios, he announced his latest campaign promise -- to slash income tax -- in his regular newspaper column.

By contrast, another leading candidate, Environment Secretary Michael Gove, spent the weekend apologising after revealing he had taken cocaine on several occasions two decades ago.

May took over after the 2016 EU referendum but was forced to quit after failing three times to get her divorce deal through parliament, and twice delaying Brexit.

Johnson and Gove were both leading campaigners for Brexit in the referendum, but while the former quit the government over May's approach, Gove stayed on.

The pair have history -- Gove dramatically withdrew his backing for Johnson during the 2016 leadership campaign, only to falter himself, clearing the way for May.

The 51-year-old's campaign this time has been hit by the revelation in a forthcoming biography of his illegal use of cocaine, which he admitted but said was a mistake.

He suffered another blow on Monday when his cabinet colleague Amber Rudd, a moderate on Brexit, endorsed Foreign Secretary Jeremy Hunt for the leadership.

Gove has taken a softer line on Britain's EU departure than Johnson, suggesting he might delay Brexit once again to try to avoid a damaging "no deal" exit.

Meanwhile Hunt claimed at that weekend that he had received encouraging signals for renegotiating the Brexit deal from German Chancellor Angela Merkel.

In response, a German government spokeswoman referenced a previous remark by Merkel that the deal cannot be reopened, although a declaration on future ties could be.

AFP / JUSTIN TALLIS, Tolga AKMEN Theresa May, who stepped down as Tory party leader last Friday, will remain prime minister until her successor is found

Each must have the support of at least eight Conservative MPs to stand. In a series of secret ballots running from June 13 to 20, MPs will then whittle down the field to a final pair.

These two will then be chosen in a postal ballot by more than 160,000 paying party members.

Johnson emphasises his appeal across the political divide, a persuasive argument as there is a real risk of a general election if the parliamentary deadlock over Brexit remains.

The Tories are under pressure from both leftist Labour leader Jeremy Corbyn and populist Nigel Farage, whose new Brexit Party has been poaching disgruntled Tory voters.

But Johnson's bombastic rhetoric has alienated many colleagues and voters, he has been accused of lying during the Brexit campaign and his time as foreign minister was underwhelming.

In endorsing Hunt, Rudd said: "These are serious times and we need a respected statesman who Brussels will listen to, not more bluster."