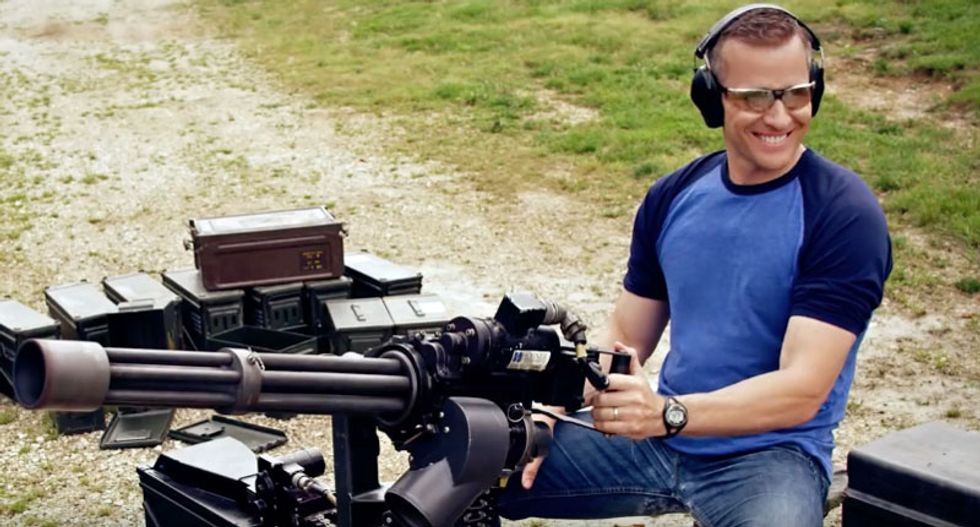 On the surface, the gun debate almost appears on the surface to be a debate between men and women, as Moms Against Gun Violence dominates the anti-NRA conversation. It's given the pro-gun argument a twinge of masculinity at the heart of gun culture, but it's taken out of the debate about gun violence.

"American masculinity is closely tied to gun culture and violence, but is rarely discussed," The Post wrote in its teaser about the documentary. "As traditional masculine expectations are being challenged in Hollywood, politics, advertising and beyond, some gun policy experts are asking, is it time for this examination to reach gun culture?"

Whether it's violence against men, rural or urban, homicide or suicide, men are disproportionately represented. Men as a whole are five times more likely to own a gun than women, the documentary cites. While both men and women include "protection" as a reason to own a gun, most women list it as the sole reason for having one. 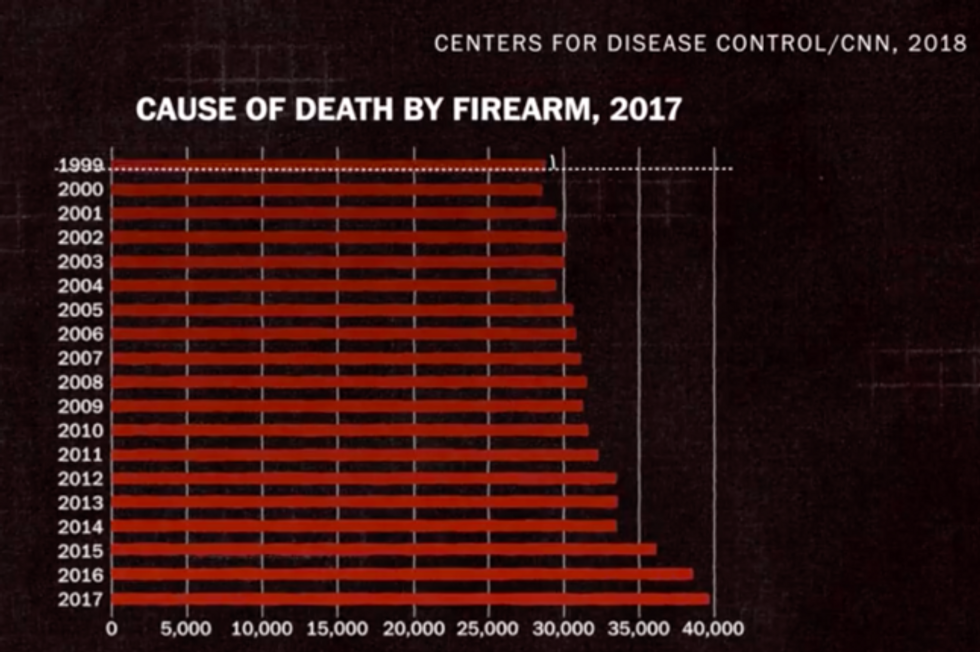 Scott Melzer, Professor of sociology at Albion College remarked in the documentary that when mass shootings occur Americans seek easy fixes like fixing mental healthcare or fixing the gun show loophole, but fixing the way we view boys and men with guns is never part of the conversation.

Josh Cast is one of the founders of FourGuysGuns, a YouTube show that gives tips, tricks, product reviews and more to men about guns. He noted in an interview that masculinity is not the focal point, but it's certainly where other men get their knowledge and experience from when entering the gun culture.

He explained that a lot of people assume he and other men in the pro-gun movement are viewed as, "right-wing, anti-everything" and "I don't have a large penis if I don't have a gun."

However, he also admitted that guns also play into his identity "with, kind of, my gender role," he said. Noting that "genetically" there are "caregivers and worriers." He hates the label the NRA ascribes to its members and to gun owners. He was just as horrified by the school shootings as others and wants to see action to stop school shootings.

Melzer explained that for men, guns are a symbol of protection and providing. He said that the idea of masculinity surrounds men being in control, powerful, independent, tough and strong. His research partner, Jennifer Carlson, professor of sociology at the University of Arizona, agreed, saying it all adds together for a "recipe about how to be a good man."

He said that when society expects men to be "dominant, powerful, in control, in charge, to not give in," we're setting them up for acts of violence when they feel like they are not in control. The vast majority of mass shooters seek some form of fame, which they feel will prove they are masculine and strong. They tend to be white, heterosexual men who have experienced "downward mobility" in their lives, the documentary states. They then often find someone to blame for their problems and lash out.

Rob Pincus, executive vice president of Second Amendment Organization explained that many men grew up with an image of manliness being associated with guns.

While Pincus is an avid gun owner and teaches defense, he's also a radical opponent of the NRA. In the 2019 convention, he criticized the group for their lack of transparency and for only representing "certain types" of gun owners. He said that they pander to one particular demographic. He went on to say that the NRA helps perpetuate the stigma of gun ownership by associating gun ownership with "a scared, angry, fearful person."

Melzer described the NRA position as being about both victims and heroes, who believe that if they are regulated in any way then they will lose all of their rights and freedoms.

Laurinda Bellinger, Chapter President of Well Armed Women, said that most women she teaches are coming out of domestic violence situations or are fearful for one reason or another. She said that guns aren't even made to accommodate women's hands, so they often need extra training to help with learning to use them.

Professor Carlson explained that it's a lot easier to blame the object and fight the war against it rather than to deal with the psychology and vulnerability which is actually at the source of gun culture. Until we do, however, America will never fully resolve the gun problems.

Watch the full documentary at The Washington Post or in the video below.