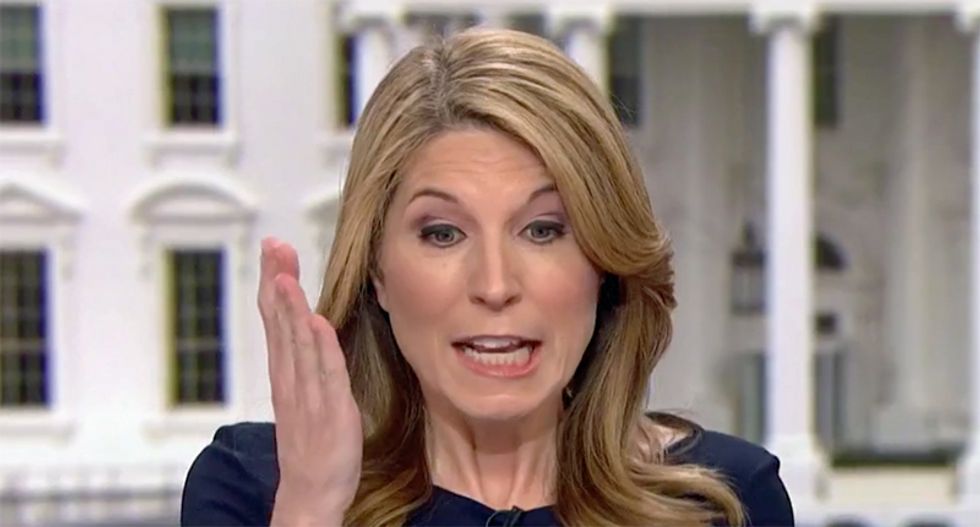 MSNBC host Nicolle Wallace unleashed on Democrats for refusing to step up and fight back against President Donald Trump.

She was joined by former Sen. Claire McCaskill (D-MO) and Frank Figliuzzi the former Assistant Director for Counterintelligence at the FBI, both of whom demanded to know what Democrats were thinking.

"It's time -- it's past time for [Robert Mueller] to talk about his report," Figliuzzi said, wondering why officials didn't call him to testify as soon as possible. "And as much of that testimony needs to be an open hearing, not behind closed doors."

That's when Wallace dropped the truth bomb that is going to infuriate Democrats.

"I'm going to say something that is going to keep me off Twitter for a week," she cautioned. "When Democrats lose elections, this is why... The opposite of 'I can't say crimes were committed' is to a political communicator' crimes were committed.' And if Democrats don't have the you-know-whats to assert that and let people -- let the president's lawyers go out and say 'Well, he did and found ten instances between a nexus and occurrence and proceeding were not exactly met,' but let Trump explain that crime wasn't committed in the obstruction section."

McCaskill called BS on Mueller's claim that he doesn't have a responsibility to talk about his report.

"He knows what Barr did," she continued. "This is not a dumb man. He knows Barr totally screwed him in terms of the way he put the report out there before Mueller had a chance to have his summary or to have his conclusions presented in a fair way."

She went on to say that Judiciary Chair Jerry Nadler (D-NY) needed to have Mueller in front of the committee yesterday.

"Jerry Nadler needs to quit doing press conferences on the need for impeachment and start explaining to the American people why a subpoena wasn't issued the next day," she said.

"That's such a good point. Have called and told him that?" Wallace asked.

"No, I haven't," McCaskill admitted.

"Can we call him?" Wallace asked, looking for her cell phone.

"Let's get him on the phone!" McCaskill agreed.