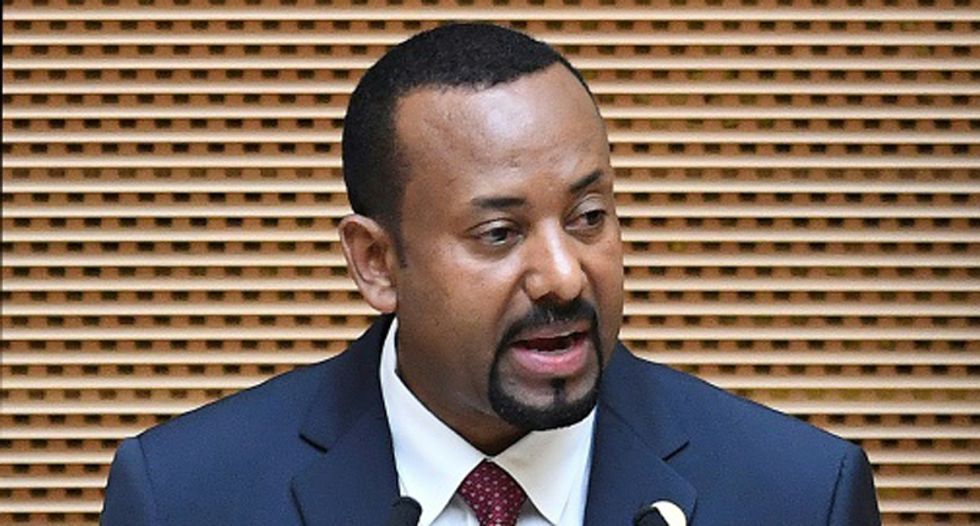 Ethiopia's army chief of staff has been shot, Prime Minister Abiy Ahmed announced on television Sunday as the government said it had thwarted an attempted coup in a regional state of this Horn of Africa nation.

Abiy took to national television in the early hours of the morning dressed in military fatigues and announced that army chief Seare Mekonnen had been shot, an AFP correspondent said. His condition was unknown.

The internet was cut in Ethiopia, and more details were not immediately available.

"The embassy is aware of reports of gunfire in Addis Ababa. Chief of mission personnel are advised to shelter in place," the embassy said in one of its two alerts.

Earlier, Abiy's office announced that an attempted coup had taken place in Amhara, one of nine autonomous regions in the country.

A statement from his office did not give details on who was believed responsible for the attack, the latest blow to his efforts to stabilise and reform the Horn of Africa nation.

"The coup attempt in Amhara regional state is against the constitution and is intended to scupper the hard won peace of the region," said the statement.

"This illegal attempt should be condemned by all Ethiopians and the federal government has full capacity to overpower this armed group."

No details were given of the targets of the attack in the second-most populous state in the country, headed by regional president Ambachew Mekonen.

A journalist in the regional capital Bahir Dar told AFP shooting had begun shortly after sunset and continued for several hours before calming.

Since coming to power in April 2018 after two years of anti-government unrest, Abiy has been hailed for his efforts to end the iron-fisted rule of his predecessors.

He has embarked on economic reforms, allowed dissident groups back into the country, sought to crack down on rights abuses and arrested dozens of top military and intelligence officials

He also sealed a peace deal with neighbouring Eritrea, a longtime foe.

But he has battled a surge in tensions between ethnic groups in the diverse country -- usually over land and resources -- leading to deadly violence in the nation of more than 100 million people.

Over a million people have been displaced by the ethnic clashes, which analysts attribute to multiple causes, such as the weakening of the once all-powerful ruling EPRDF and different groups trying to take advantage of opportunities presented by the political transition.

The coup attempt comes a year after a grenade explosion at a rally Abiy was addressing left two people dead.