'Everyone ultimately prefers their own race': Morrissey claims he's not racist because everybody else is 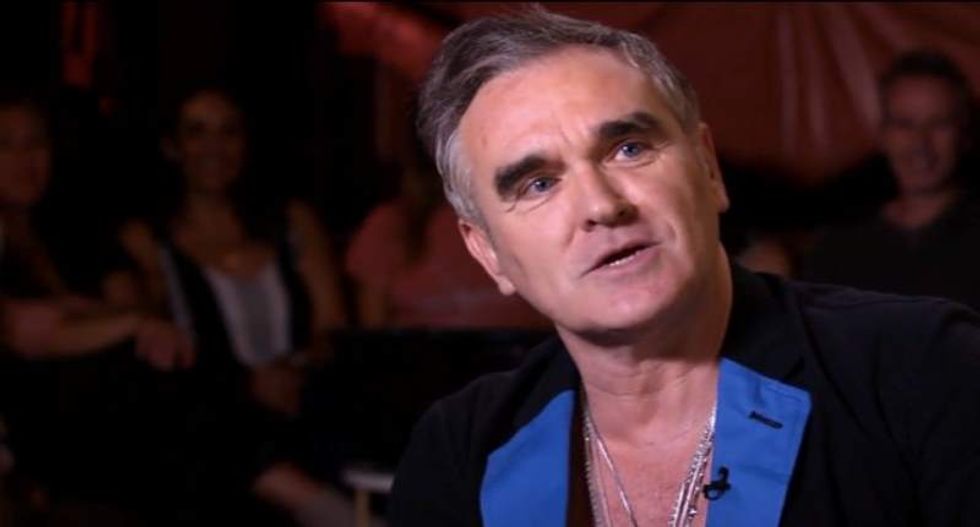 Former Smiths singer Morrissey explained in an interview that he couldn't possibly be a racist because everyone else is racist.

Morrissey came out for the anti-Islam political party in England, and has run into problems about his political claims ever since. As noted by Consequence of Sound, "it doesn’t help that he says thing like Halal certifiers support ISIS, of course."

He made the comments as part of an interview with his own nephew Sam Etsy Rayner, for Moz’s website.

“I think [For England leader] Anne Marie Waters is the only British party leader who can unite the left and right. I don’t know any other party leader who even WANTS to do this,” Morrissey said, before admitting he knows nothing about any other party. “The UK is a dangerously hateful place now, and I think we need someone to put a stop to the lunacy and to speak for everyone. I see Anne Marie Waters as this person.”

But then he proclaimed the opposite, saying he can speak for everyone when it comes to race.

“If you call someone racist in modern Britain you are telling them that you have run out of words. You are shutting the debate down and running off," Morrissey said. "The word is meaningless now. Everyone ultimately prefers their own race ... does this make everyone racist? The people who reduce every conversation down to a matter of race could be said to be the most traditionally ‘racist’ because everything in life is NOT exclusively a question of race, so why make it so? Diversity can’t possibly be a strength if everyone has ideas that will never correspond. If borders are such terrible things then why did they ever exist in the first place? Borders bring order.”

The interview comes just a month after rambling comments about his support for England, while admitting he has "never voted for anyone in my life."

Read the full report at Consequence of Sound.