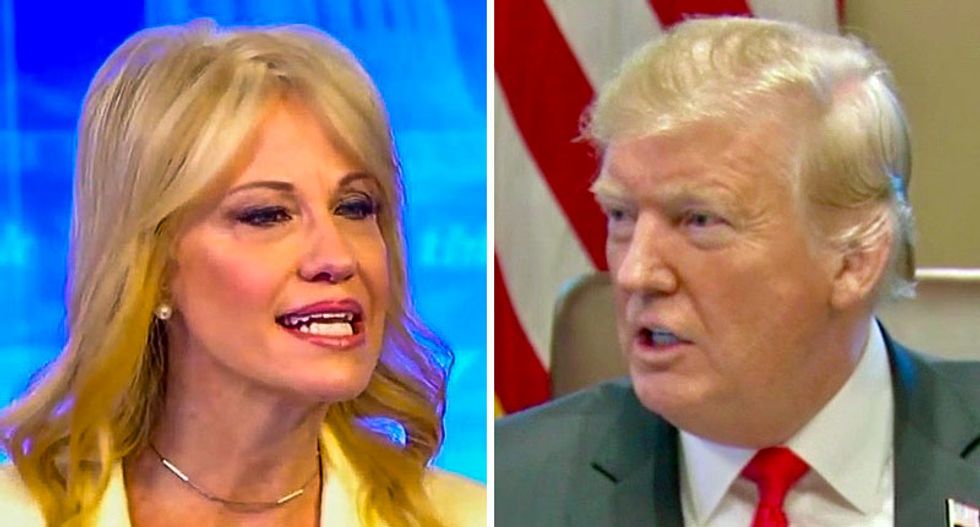 The former U.S. ambassador to Russia explained how Vladimir Putin will exploit the divisions between President Donald Trump and his advisors.

"A double bombshell in reporting from The New York Times this weekend about the president and his relationship with Russian president Putin," anchor Kasie Hunt said.

"First, The Times reports that the U.S. is escalating online attacks on Russia’s power grid in an effort, 'partly as a warning and partly to be poised to conduct cyber strikes if a major conflict broke out between Washington and Moscow.' But that’s not all," she noted. "The second bombshell in that report that officials are worried about briefing the president."

She read a longer passage from the report.

"Pentagon and intelligence officials described broad hesitation to go into detail with Mr. Trump about operations against Russia for concern over his reaction and the possibility that he might countermand it or discuss it with foreign officials, as he did in 2017 when he mentioned a sensitive operation in Syria to the Russian foreign minister," The Times reported.

For analysis, Hunt interviewed Michael McFaul, who is now a professor at Stanford.

"How concerned should we be that our intelligence community doesn’t trust the president with this kind of sensitive information?"

"What would you do behind the scenes if this was the conundrum you were facing, trying to make a decision about what to do in the best interests of the country but being concerned that the president of the United States wasn’t going to be on the same page?

"If you listen to what the Secretary of State says, if you listen to what the National Security Advisor says, it sounds like we are almost going to war. Yet, the president seems to be wanting to talk about engagement, which suggests again there is a disconnect between the president and his national security team," he said. "That’s on John Bolton. He needs to do a better job."

"There can be all the messaging you want at a lower level -- as I did as U.S. ambassador to Russia -- but if the president is not saying it himself in this case with President Trump, Putin will read into that that there is a division and they will try to play that division," he explained. "That is exactly what they have been doing for the last two years."