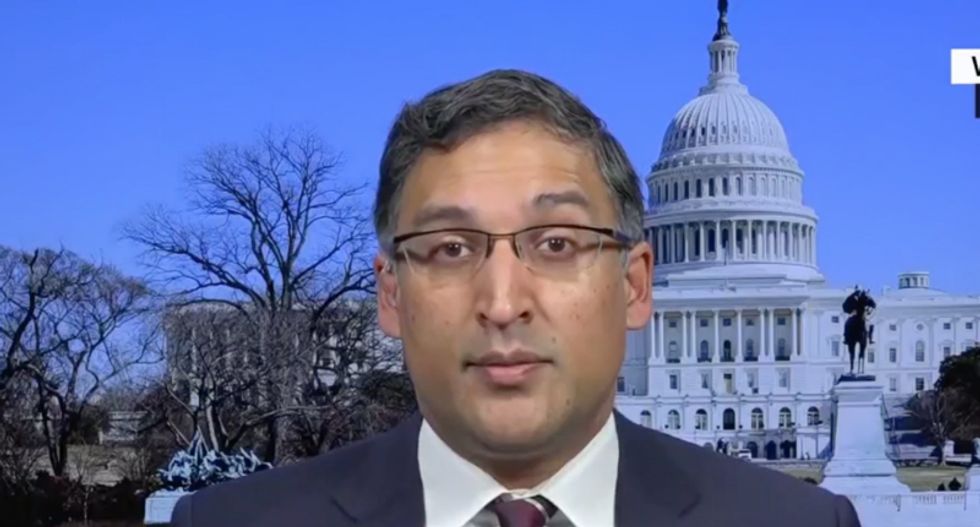 "Executive privilege is this concept, Ari, that goes all the way back to the founding, the idea that presidents should have some zone of secrecy around them, to have confidential deliberations and decision making," said Katyal. "I've been in two different administrations and I would say particularly President Obama was really careful to make sure that he wouldn't invoke executive privilege unless absolutely necessary. He only invoked it once in eight years, even though many years he had Congress opposed to him in terms of being from the opposite party."

Katyal noted that "President Clinton invoked executive power a bunch of times ... I think once he started doing that, the courts really pushed back on him. He couldn't use it for things that actually had a better basis. He used it for things that were personal, like the Lewinsky investigation, trying to block his aides from testifying."

"And now you see Donald Trump doing exactly the same thing, saying McGahn can't come before Congress, can't testify. And last week, startlingly Trump, said, I'm going to invoke executive privilege on the census. And there's this whole debate which is now before the Supreme Court about why the Trump Administration added this question to the census about citizenship. The Census Bureau's own statistician said this would really depress minority voting. There are now some documents that have come out which say this was a Republican plot all along—"

"Exactly," said Katyal. "Who knows whether it's true or not, but that's what, after all, Congress is supposed to get to the bottom of. Here you have the president saying, huh-uh, I'm not going to tell you. A judge, federal judge, has said, yeah, sure looks like the Trump Administration has been lying. And then the president invokes executive privilege. Again, it looks like to cover up wrongdoing, not for something else. It looks something out of the Nixon playbook."

"Trump abuses every privilege in the same way," said Katyal. "It's kind of like King George. Take a legal concept and then stretch it beyond all recognition, and that's what you have Trump doing. And so, you know, I don't think that that will obviate the court fight. And I think ultimately, the Congress is going to have to fight in court and also have to open impeachment proceedings because it's the only way to really guarantee quick answers on these bogus executive privilege assertions."