Ex-UN chief tells nuclear powers to get serious about disarming 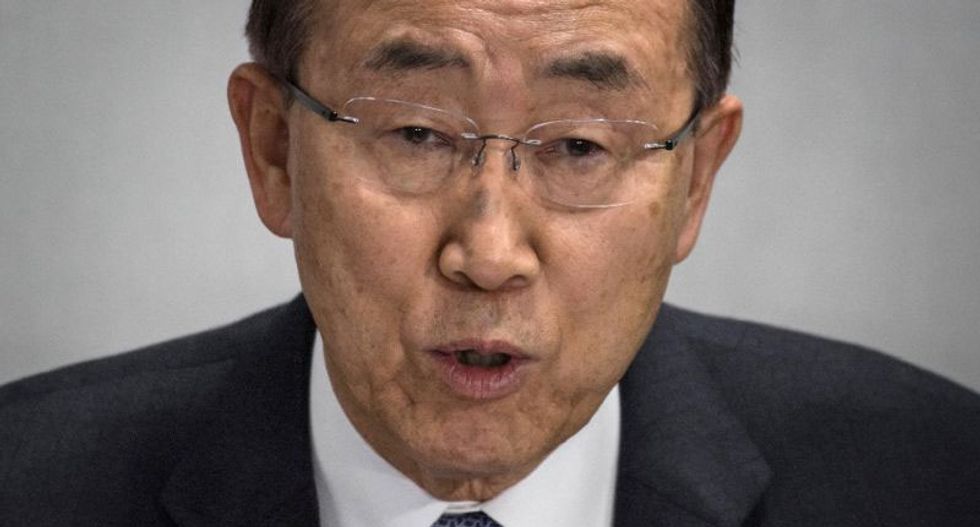 Former UN chief Ban Ki-moon on Wednesday urged nuclear powers to "get serious" about disarmament, warning of a "very real risk" that decades of work on international arms control could collapse.

Ban told a Security Council meeting that the US pullout of the Iran nuclear deal sends the wrong signal to North Korea, where President Donald Trump is hoping to persuade Pyongyang to scrap its nuclear program.

"There is also the very real risk that the whole architecture of arms control and nuclear non-proliferation that was built up during the decades of superpower confrontation may collapse, through a combination of neglect, hubris and ill-founded threat analysis," Ban said.

Russia is threatening to pull out of negotiations on a new START treaty, another key arms control treaty that caps the number of nuclear warheads and is due to expire in 2021.

Ban stressed that arms control "goes to the very heart of the Security Council" and the five permanent council members -- Britain, China, France, Russia and the United States -- have a responsibility to advance disarmament.

"It is in the interests of the P5 to get serious about disarmament if they wish to maintain the near universal international commitment to preventing nuclear proliferation," he said.

A former South Korean foreign minister, Ban stepped down as UN chief in December 2016 and has since joined the Elders group of former global leaders, which was founded by the late Nelson Mandela.