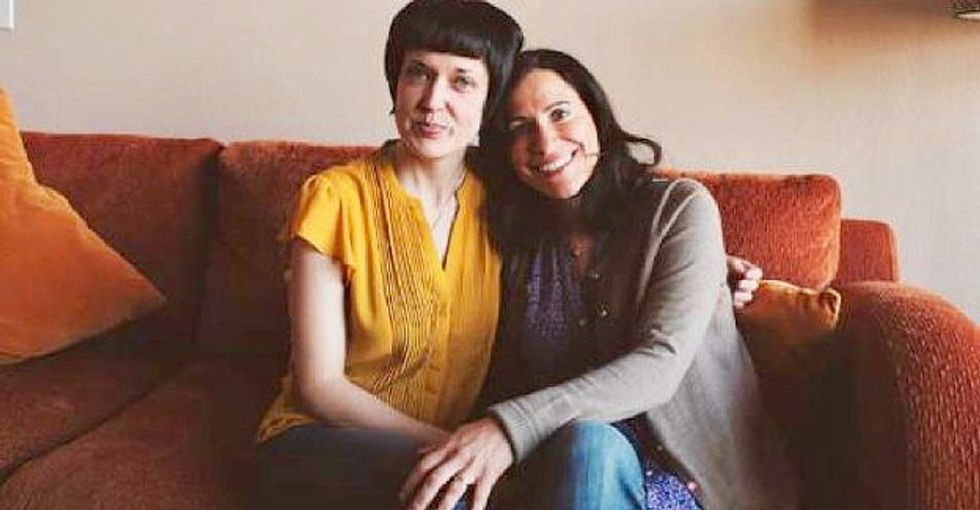 A Texas adoption agency that receives federal taxpayer funds is refusing to allow a lesbian couple to become foster parents, and they're citing their religious beliefs to support their discriminatory decision.

Bryn Esplin and Fatma Marouf, who are married and are both professors at Texas A&M University, were told by the agency because they're a same-sex couple they don't "mirror the holy family," and thus would not allow them to foster some of the thousands of migrant and refugee children the federal government is detaining.

The women pressed, saying that surely some of the 700 children under the agency's care were LGBT and would benefit from being placed with a married lesbian couple, as The Daily Beast reports.

Catholic Charities told them not a single child, out of 700, were LGBT.

Lambda Legal, which is representing the couple, Esplin and Marouf, called the claim by Catholic Charities "astounding," and added that "means that the LGBT kids in the program are being discriminated against on a daily basis."

After months of trying, they decided to sue the Dept. of Health and Human Services (HHS) and the U.S. Conference of Catholic Bishops (USCCB), which runs the agency, Catholic Charities of Fort Worth. The couple just won an important initial victory. The court says they have standing. They are suing charging violations of their First, Fifth and Fourteenth Amendment rights, as Metro Weekly reports.

“We were really open in terms of taking in a sibling set, in terms of age of the child—we didn’t really have any specific thing we were looking for,” Marouf told The Daily Beast. “We just felt like we could provide a good home, and there were hundreds of kids needing it in this area, so it just seemed like something we could do.”

President Donald Trump and his administration have worked to grant religious entities and people of faith increasingly greater rights to discriminate, especially against LGBT people. HHS's Office of Civil Rights, headed by Roger Severino, is working on a plan to rescindObama-era regulations that ban this exact type of discrimination by adoption agencies.