Feds plan mass migrant deportation operation in Houston this weekend: What you need to know 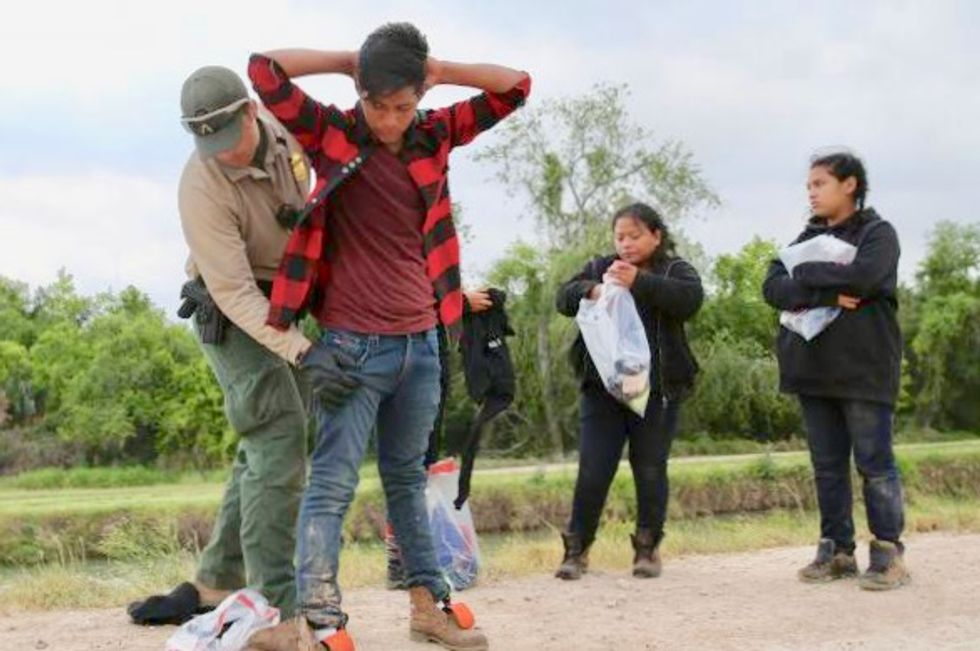 Immigrations and Customs Enforcement is targeting over 2,000 undocumented immigrants with the goal of deporting them. The operation will hit several major U.S. cities, including Houston, where thousands of migrants have been issued deportation orders this year.

Immigration and Customs Enforcement says it plans to target 2,000 undocumented people who already have deportation orders or have missed court dates. The operation will begin Sunday in Houston and several other cities. Here's what you need to know:

ICE is targeting violent people, but other undocumented migrants could be affected.

Anyone who comes to the United States without documentation or with forged documents can be removed quickly under an order of expedited deportation, but in general there are reasons for removal, including criminal acts, violating terms of visas or entering the United States unlawfully.

The New York Times reports that ICE will target violent criminals for removal, but “priorities do not mean other categories are exempt.”

Tens of thousands of deportation orders have been issued in Texas.

So far in fiscal year 2019, Texas has issued more than 25,000 deportation orders, with the largest number coming from courts in Houston (8,319), Dallas (4,794) and San Antonio (3,698), according to Transactional Records Access Clearinghouse at Syracuse University. Civil rights groups are trying to educate undocumented migrants about their rights.

Edgar Saldivar, a senior staff attorney for the American Civil Liberties Union of Texas, said ICE agents aren’t permitted to enter someone’s home without a signed warrant from a judge, and residents do not have to let them inside until one is presented.

When an ICE agent knocks on a person's door, the person has the right to ask that a warrant and any other paperwork be slipped under the door. Saldivar is telling people they should not immediately open their doors.

“That would be one of the biggest mistakes one could make,” Saldivar said. “Opening the door allows the agent to pursue the person they’re seeking and both question anyone in the house and search anything in the house.”

After detainment, and individual has the right to stay silent, speak with a lawyer and make a phone call. From October 2000 through May 2019, less than 30% of immigrants in state deportation proceedings had representation, according to the Transactional Records Access Clearinghouse. That’s one of the lowest rates in the country, and it's why Saldivar stresses keeping attorneys and family members’ contact information accessible.

Immigration advocacy groups could be viewed as interfering.

Individuals and groups can potentially put themselves at risk by aiding people with active deportation orders, Saldivar said, depending on the extent that ICE or any other law enforcement officers perceive someone as interfering with an investigation.

If so, a person could be arrested or charged.

It is rare for ICE to announce raids, but the agency has been signaling for weeks that it was getting ready to conduct mass arrests. President Donald Trump tweetedMonday that the agency was preparing to deport millions of undocumented immigrants, something ICE officials later said would not be logistically possible.

ICE frequently touts the success of its “targeted enforcement operations,” in which anywhere from a dozen to a hundred undocumented immigrants are apprehended and deported over the course of several days.

How soon someone is removed from the country depends on the individual case.

What happens after ICE detains an individual is dependent on what his or her deportation order says, and whether there’s a formal court hearing or more immediate deportation, Saldivar said. If someone is in violation of an outstanding court order, Saldivar said it’s likely there would be an expedited process. But an ICE deportation officer will make an initial determination whether to place the undocumented person into removal proceedings and how to charge that person.

Before deportation, it’s likely undocumented individuals will be held in one of Texas’ 30 detention centers — particularly if the raids are as large as the agency reports. Deportation is often carried out through contract and chartered flights, as well as commercial airlines, according to ICE’s website.

Local officials say the pending raids are causing anxiety in one of the country's most diverse cities.

Houston Mayor Sylvester Turner said in a statement that news of the raids has “created a great deal of anxiety.” He said Houston welcomes “newcomers of all kinds” and depends on the “ingenuity, the sweat and the rich cultural contributions” of immigrants. But he stopped short of voicing opposition to the raids.

"My job starts with the never-ending effort to provide a safe, secure and prosperous environment for every resident of Houston in their places of work, their places of worship, their school, their homes and elsewhere,” Turner said. “The city does not try to do ICE’s job, nor does it try to impede ICE. And we will continue to be a city that builds relationships, not walls."

“As to the removal of families, he added, “we do not anticipate anything other than routine operations.”

Turner also said the raids are proof that America needs to reform its immigration laws, echoing what the state’s top officials said earlier Friday when announcing the deployment of 1,000 National Guard troops to the U.S.-Mexico border.

“In the larger picture this is another vivid reminder that our national leaders must work together across party lines to fix a broken and dysfunctional immigration system,” Turner said.

Federal prosecutors revealed in a new court filing that they expect over 100 more people will be criminally charged for the January 6th insurrection at the U.S. Capitol by supporters of Donald Trump seeking to overturn the 2020 election results.

The filing was made in the case of Michael Joseph Rusyn, who was arrested after live-streaming the Capitol attack. In the filing, the Department of Justice requested an additional sixty day delay under the Speedy Trial Act.