Fire fighters union boss taunts Trump over his meltdown about Biden endorsement: 'We have not lost any members' 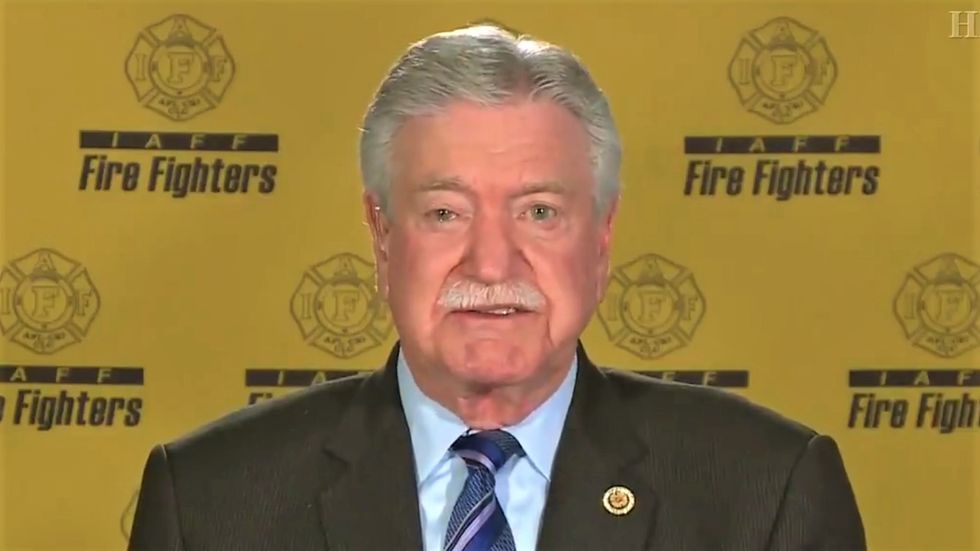 During an appearance on the Hill.TV program "Rising with Krystal and Saagar," the IAFF boss said that Trump's efforts to get his own members to turn on him had completely fallen flat -- and he said the union's endorsement of Biden had barely made any waves within the organization.

"We have 316,000 members," Schaitberger said. "We had 602... members who expressed their disagreement. 602! We have not lost any membership over this, which was suggested."

Trump had a Twitter meltdown in the wake of the IAFF's Biden endorsement in May, as he retweeted dozens of messages from his supporters insisting that real fire fighters actually love him and are simply being thwarted by corrupt union bosses.

Trump also claimed in a later tweet that "the International Association of Firefighters Union is rebelling on their very foolish leader" and suggested that "perhaps they will vote him out of office."