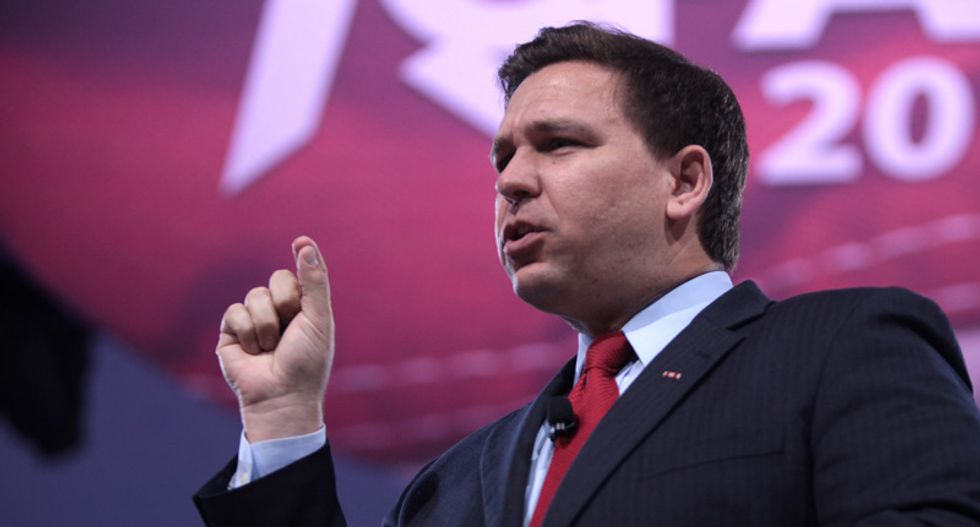 On Friday, Politico reported that Alan Landman, a Republican attorney from Brevard County who chaired the state's 18th Judicial Circuit's Judicial Nominating Commission, has resigned in protest of Gov. Ron DeSantis' move to strongarm his commission into approving his preferred candidate.

"Over the past 10 years, through all of the judicial appointments [on] the 18th Circuit, there has never been one single occasion where either the Governor (or his staff) has contacted me as the Chair and required a specified number of applicants to be on the short list," wrote Landman in his resignation letter.

"I have always been a strong supporter of Governor DeSantis ... in fact, I hosted a fundraiser for him at my house," he added, but "as a result of my philosophical differences with how your new administration has handled this recent appointment, I concur with your position that it is best for me to resign from the committee."

In Florida, judicial vacancies are filled by a series of 20 nominating commissions who submit a list of three to six candidates to the governor, who may then choose one of the shortlisted people. Following the departure of Brevard County Circuit Judge Tonya Rainwater, DeSantis' office leaned on Landman to nominate Tesha Ballou, the General Magistrate for Seminole County, refusing to choose any of the four candidates they selected. After the commission complied, DeSantis appointed Ballou.

The appointment was an odd choice, as the commission had already deemed her unqualified, and it is unusual for an attorney from outside Brevard County to be appointed to a judgeship there.

Former Democratic congresswoman and gubernatorial candidate Gwen Graham blasted DeSantis for his strongarm judicial tactics. "We may find ourselves wishing for [former Gov. Rick] Scott after 4 years of @GovRonDeSantis and his puppeteers destroying our "independent" judiciary," she tweeted. "We have a puppet mini Trump as our Governor."