Former defense secretary: I fired any officer who behaved like Trump does 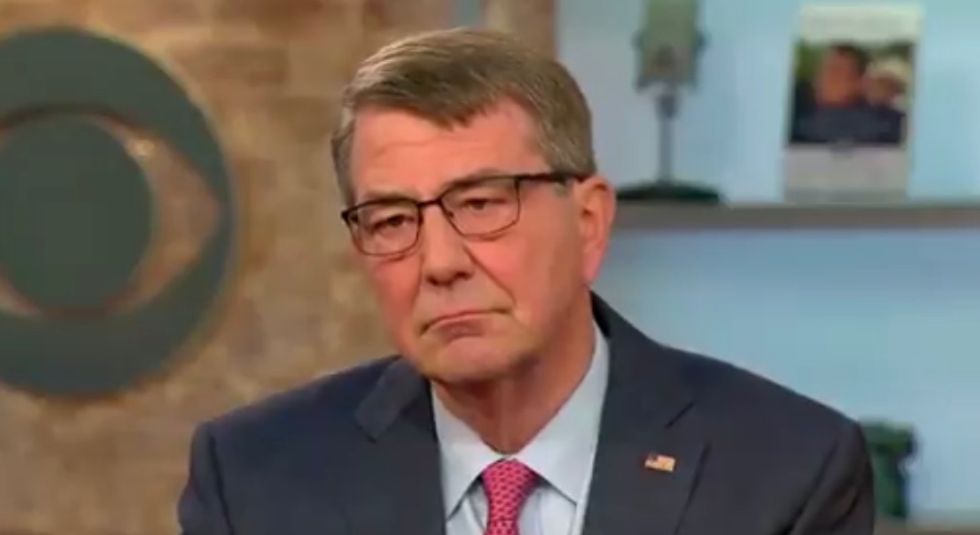 On Monday, "CBS This Morning" hosted former Defense Secretary Ashton Carter to discuss his new book on the Pentagon, Inside the Five-Sided Box.

One of the topics up for discussion was President Donald Trump. Carter, who has served under presidents in both parties, previously said he did not like to comment on politics, but in his new book, noted that he would never have worked for Trump and would have fired any military officer who behaved as Trump does.

He expounded upon these comments in his interview.

"It's not politics, it's personal conduct," said Carter, who stated in his book that the president was engaged in racist behavior. "In my book I'm talking about the way that public servants, in all the years — I worked for presidents in both parties and the Pentagon for over 37 years, and I used to tell officers and soldiers that they needed to behave themselves, that part of the profession of arms is honor and trust."

"And it's not just the president," he added. "It's the kind of behavior and personal conduct that you see everywhere in Washington is not the kind of thing, as the book says, that is tolerated in the military. I fired people for doing that, and my subordinates fired people for even less. So we held to high standards, and I think that's important."

"On the question of whether to work for Trump or not, that's just purely hypothetical," he added. "I haven't been [asked]. The point I was making in the book was, I was giving advice to future officeholders ... your first duty as a Cabinet secretary is to serve the president. To help him ... I wouldn't know how to help him, because he doesn't seem to take the advice."

Former Pres. Obama's Defense Secretary Ash Carter is offering a new inside look at the Pentagon, one of the world's… https://t.co/7HnSekDpis
— CBS This Morning (@CBS This Morning)1560170314.0