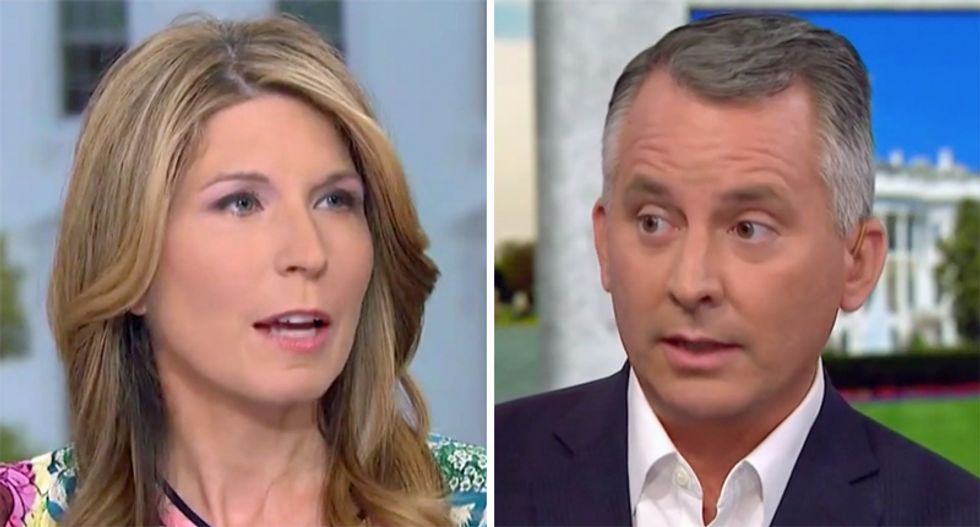 President Donald Trump's decision to pull back from attacking Iran could simply be a one-week delay -- to distract from interest in next week's Democratic Party presidential debates.

Former Rep. David Jolly (R-FL) made the prediction while being interviewed Friday by MSNBC's Nicolle Wallace.

"As a TV and mass media guy, Donald Trump is trying to frame this as one of the defining leadership moments of his presidency when in reality, the president’s projection of incompetence and incoherence on the world stage is devastating to our national security interests," Jolly said.

"If Donald Trump really did not understand the consequences of the mission that he previously approved, that speaks to his own level of incompetence. If he did and aborted it at the last minute because something spoke to him, that speaks to his incoherence," he explained.

"I’m concerned going into Wednesday and Thursday of next week, when the Democrats have their debates, what is this president going to do on matters of national security, on immigration. I’m afraid this strike package gets moved a week, in the middle of the debate," he warned. "I know that’s crazy, and maybe it is, but we are seeing this president try to flood the zone on the media cycle for next week, it’s already in place."