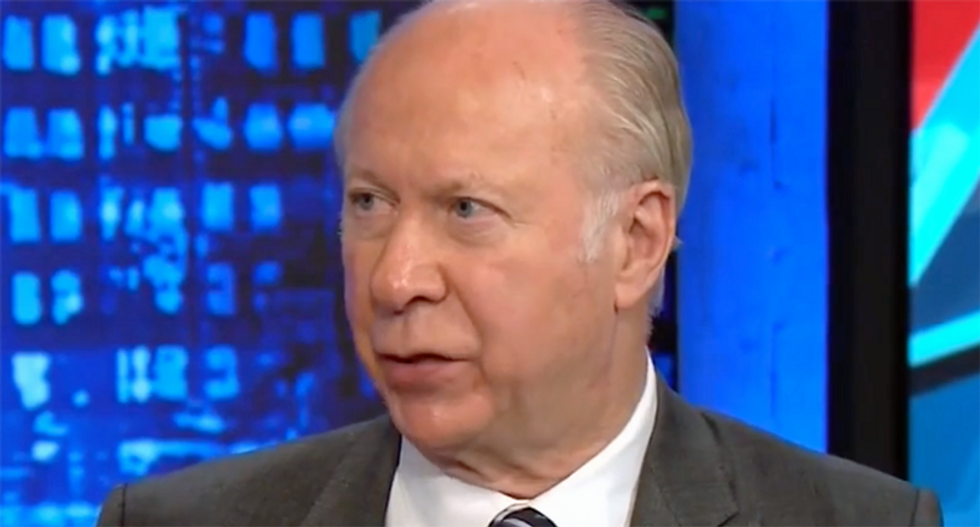 On Wednesday's edition of CNN's "Anderson Cooper 360," political analyst and former White House staffer David Gergen explained just how problematic it is that President Donald Trump once again embraced the idea of accepting dirt on his political opponents from a foreign geopolitical adversary.

"It seems pretty clear in that he's saying if he was Don Jr., and what Don Jr. did was totally appropriate, not to call the FBI, even though he was approached by someone saying they were representing the Russian government."

"Anybody who thought about this, the first thing they would do is call a lawyer for the organization they're working for and say, 'what is the right thing to do with this bombshell I've just received?'" said Gergen. "You know, I went through this way back when in the Carter versus Reagan race of 1980. We got a briefing book that just appeared over the transom that belonged to the other side, and when we found out more about it, we just called the FBI, and we wanted to make sure our skirts were clean, and that's the best position you're in."

"President Trump has a long history of creating loopholes for himself," continued Gergen. "He'll say something, but then he'll create a loophole that will give him a way out, and maybe he's essentially saying well, maybe I might want to keep it. After all, I got the first load of dirt against Hillary, if I just sit here with it maybe they'll bring me a second load."

"It becomes part of a practice, it becomes very underhanded, and it's what undermines our democracy ultimately," said Gergen.