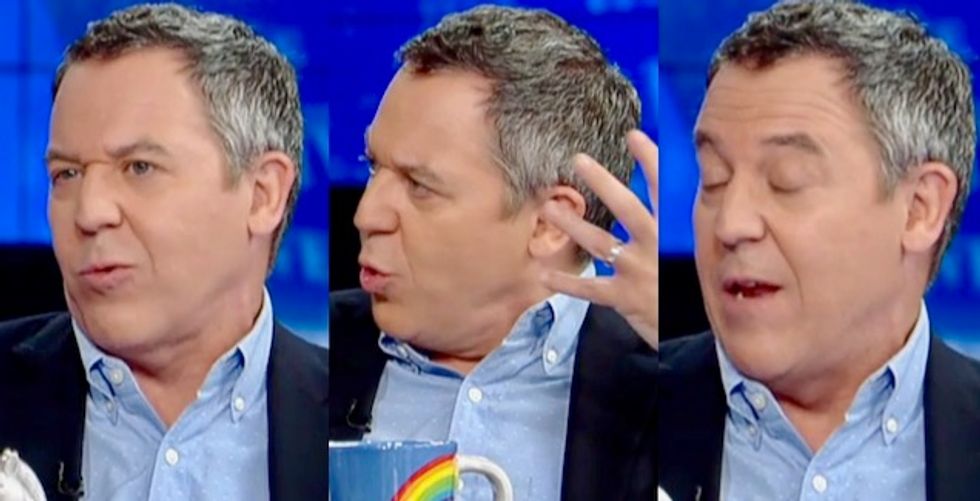 Fox News host Greg Gutfeld went on a lengthy deep-dive into what he claims are the motivations of LGBT activists, falsely accusing them of trying to increase the number of transgender children by "eliminating gays."

There is exactly zero truth to Gutfeld's claims, which he made on Fox News' "The Five" on Monday, as Media Maters reports.

In his screed Gutfeld uses the language of the far right, like "gender confusion," while suggesting gay men and boys are "feminine."

Gutfeld also seems to suggest that gay men are programed to be gay.

And he also makes the false assumption that all transgender people are heterosexual.

In short, Gutfeld has literally no idea what he's talking about, but he is successful as spreading false tropes to the Fox News audience.

Here's the full transcript and video, via Media Matters.

"There are young children, when they express gender confusion, the push among these same activists is to transition these confused children at a young age to the hetero sex, meaning if you have a young boy with feminine qualities you need to transition that person into a female so that person would then become straight," Gutfeld tells the Fox News audience. "What you are effectively doing is you are eliminating gays because experts will tell you a young boy with feminine traits might just grow up to be a healthy gay man who lives a long life."

There is a massive amount of stereotyping in those remarks.

"Instead you are going to push him in a direction that requires decades of drugs, decades of therapy and possibly surgery and higher rates of depression and suicide," he continues. "So the left, interestingly enough, abhorred those organizations like Exodus, remember Exodus? That would take gay people and try to deprogram them. They hated them and probably for good reason. Where are they in this destructive practice of plucking confused kids who may grow out of a phase or may end up becoming gay or lesbian and saying no, it's better for them to become a transgender female or male, knowing that this could end up with years and years of pain and suffering?"

"Sports and childhood are being affected by what is an intense political activism. And it scares the crap out of people. It's scaring the crap out of liberals more than anybody because gays and lesbians are the ones that are getting hit probably the hardest on this."