Fox News scares readers with warning of asteroid hurtling towards Earth -- but there's a 1 in 7,000 chance it will hit 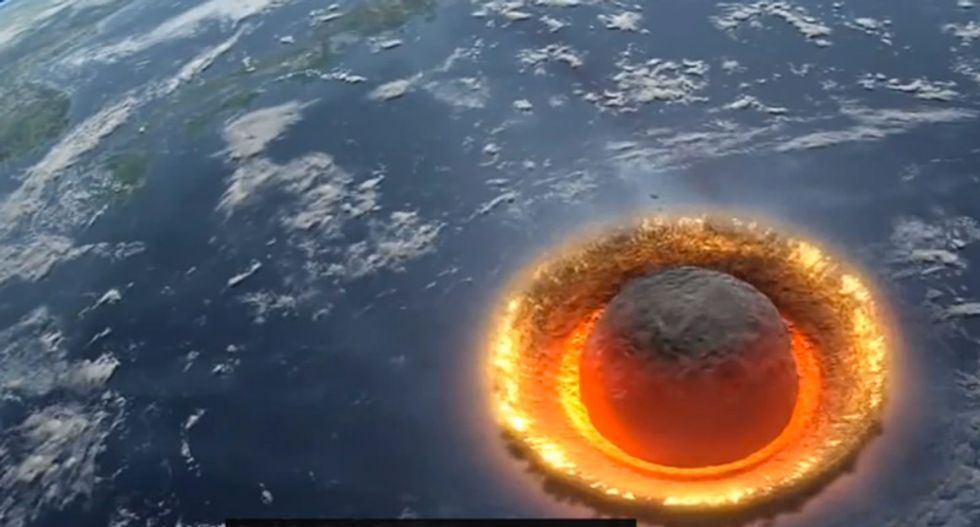 Fox News tried to scare their audience with the breaking news that a football field-sized asteroid could hit the Earth this year. The only problem is that there's a 1 in 7,000 chance of the asteroid hitting our planet.

The shocking headline screamed from the website Thursday that the end could be near. Only for readers willing to click and read the story did they find relief that all was clear.

The asteroid is known as 2006 QV89 and will fly by the Earth in September. It will pass by at a distance of more than 4.2 million miles. To put that in context, Mars is 33.9 million miles from Earth. Fox explained it "could potentially hit the planet on Sept. 9, 2019," citing the European Space Agency.

The site explained that it's "extremely rare" but asteroids have hit the Earth before, however over the whole surface area of Earth, anywhere from 18,000 to 84,000 meteorites bigger than 10 grams per year hit the planet.

NASA has expanded it's planetary defense protocols and introduced a plan to protect the Earth from large bodies like these. NASA has been monitoring these asteroids for years, however.

Comedian Ellen DeGeneres famously mocked local news in her comedy special for warning something "could kill you" but they'll only tell you what it is at 6 p.m.

No advertisements on the Fox News article appeared to peddle prepper supplies or bunkers.