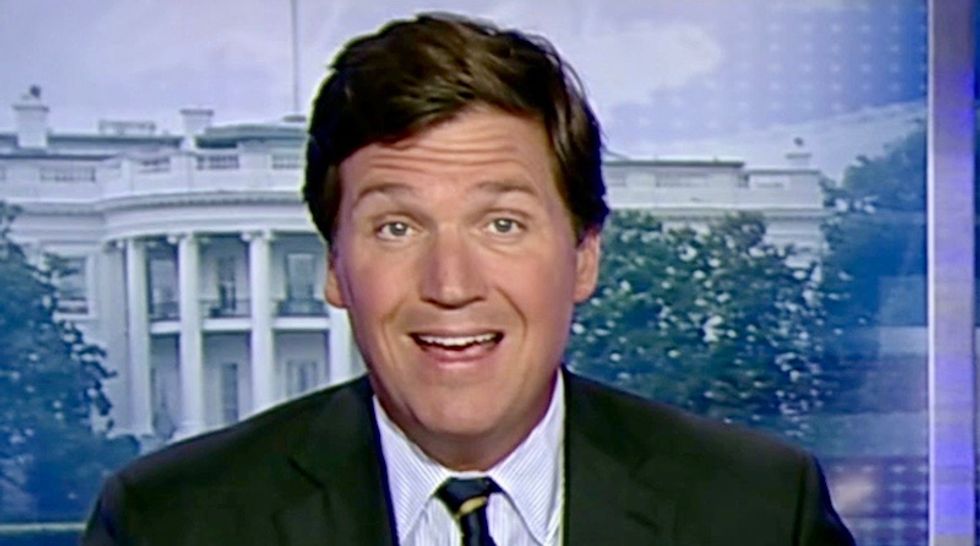 On Tuesday night, Fox News host Tucker Carlson laid into advice columnist E. Jean Carroll, who made national news by alleging President Donald Trump forced himself on her in a department store in the 90s.

According to Carlson and his guest, The Diversity Delusion author Heather MacDonald, if her allegation is true, then Carroll herself is a danger to the public, for having not filed a police report.

"I can't get past a simple fact," said Carlson. "Since rape is a real thing, it is an act of violence, and there's actually quite a bit of it in the United States — some of it is downplayed by the way as you well know — I can't get over the fact that people accuse rape 25 years or 20 years after the fact. If you are raped, which is a felony, don't you have an obligation to the rest of our society to put that person behind bars, to protect the rest of your neighbors? Don't you?"

"Yeah," said MacDonald. "Carroll's explanation of why she does not want to go forward with a police investigation is completely preposterous and just shows how deeply politicized this is."

Rape is a massively underreported crime, but there are numerous reasons why survivors often don't want to come forward immediately after the fact. Some of them fear retaliation by their attacker, who is often someone they know. Others are too traumatized to go through police questioning and trial, or even to acknowledge to themselves that the attack happened.

In Carroll's case, a friend she confided in at the time reportedly told her that it was in her best interest to stay silent, saying, "Tell no one. Forget it! He has 200 lawyers. He'll bury you."