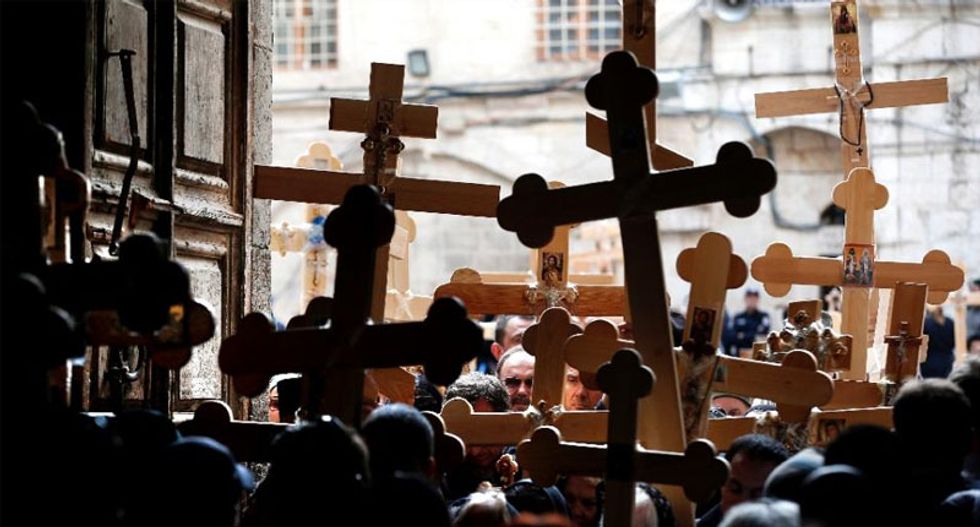 A judged ordered a popular conversion therapy group to pay $3.5 million after it refused to shut down its operation after a 2015 court order, reported NBC News.

"It's a deterrent and a warning shot," plaintiff Michael Ferguson told NBC News. "If you're practicing conversion therapy, make no mistake that you will be found out and you will be punished. We are not going to tolerate these practices on members of our community any longer, particularly the most vulnerable."

Victims of the group, which calls itself Jews Offering New Alternatives for Healing (JONAH), spoke out about the harm done to them as a result of the conversion therapy.

"In the three-and-a-half week jury trial, former clients of JONAH attested to the extreme harms they experienced as a result of its services. The organization referred patients to conversion therapists like Alan Downing, who plaintiffs testified ordered them to strip naked and beat pillows that represented their mothers in order to 'cure' them of their same-sex attractions," the report said.

"The most important thing was to get the defendants to stop engaging in dangerous behavior that puts young people at risk," David Dinielli, deputy legal director of the Southern Poverty Law Center's LGBTQ rights and special litigation project said.