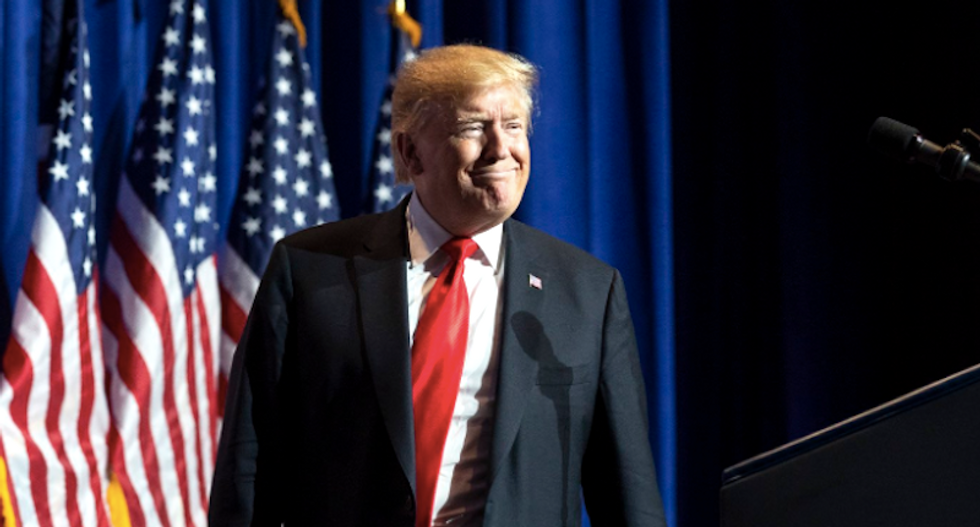 They took issue with Trump’s response to the congressional investigation of his finances. In a new court filing this week, Trump’s lawyers submitted an argument claiming that Congress doesn’t have the authority to investigate crimes. They argued that the executive branch — which, of course, is led by Trump — is the only branch that can investigate crimes.

This argument, Katyal and Conway said, showed “contempt toward the most foundational precept of our democracy — that no person, not even the president, is above the law.”

They continued: “Congress investigates lawbreaking, and potential lawbreaking, all the time. Mobsters, fraudsters, government employees, small companies, big companies — like it or not, all types of people and businesses get subpoenaed from time to time, so that Congress can figure out whether current laws are effective, whether new laws are needed, whether sufficient governmental resources are being devoted to the task, whether more disclosure to the government or the public is required, or greater penalties, and so on.”

“England’s King George III was above the law, but the founders of our republic wanted a system that would divide power and have the branches check each other,” they explained. “The idea that only the president can investigate the president is an argument for autocrats, not Americans.”

They also noted that Trump’s lawyers seem to offer a “grudging” admission that impeachment expands Congress’s investigatory authority, but even this is “only half-right.”

“Yes, Congress could investigate Trump’s finances in an impeachment proceeding, but it can do so without launching the formal process of impeachment,” they wrote. Nevertheless, Katyal and Conway see the argument as a virtual invitation to start impeachment anyway, which was justified by the Mueller report regardless.