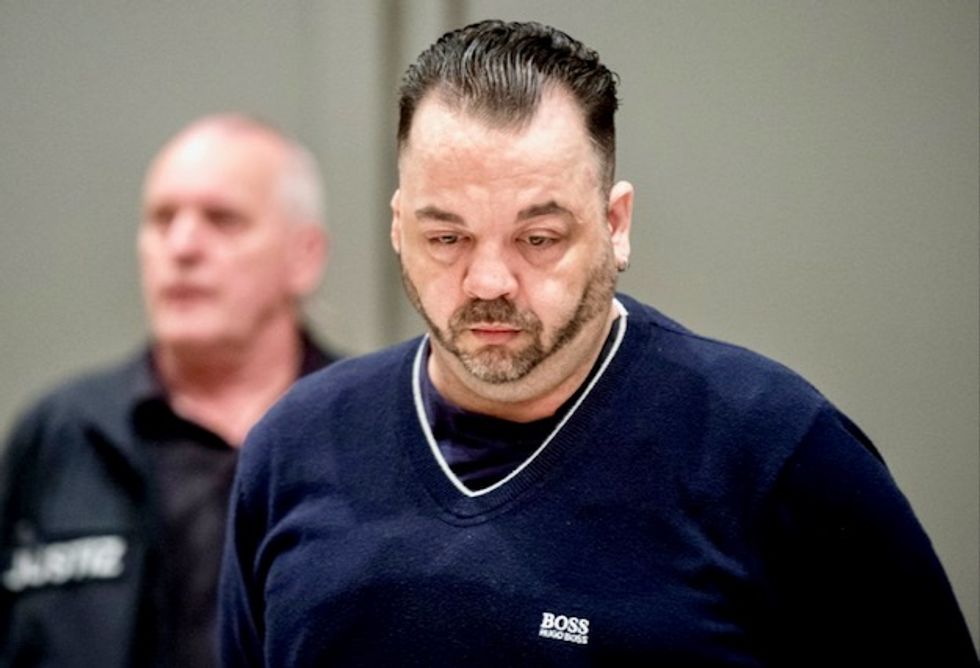 German nurse Niels Hoegel, accused of killing more than 100 patients in his care, was sentenced to life imprisonment for 85 murders on Thursday POOL/AFP / Hauke-Christian Dittrich

A German nurse believed to be the most prolific serial killer in the country's post-war history was handed a life sentence Thursday for murdering 85 patients in his care.

The 42-year-old murdered patients selected at random with lethal injections between 2000 and 2005, when he was caught in the act.

Hoegel has already spent a decade in prison following a previous life sentence he received for six other murders.

The exhumation and autopsy of more than 130 bodies were necessary to build the case for the prosecution.

Police suspect that Hoegel's final death toll may be more than 200.

But the court was unable to say for sure because of gaps in Hoegel's memory and because many likely victims were cremated before autopsies could be performed.

Buehrmann of the regional court in the northern city of Oldenburg said the number of deaths at Hoegel's hands "surpasses human imagination".

He expressed regret that the court had not been "fully able to lift the fog" for loved ones about other likely victims.

On the final day of hearings on Wednesday, Hoegel asked his victims' families for forgiveness for his "horrible acts".

"I would like to sincerely apologise for everything I did to you over the course of years," he said.

Caught in 2005 while injecting an unprescribed medication into a patient in Delmenhorst, Hoegel was sentenced in 2008 to seven years in prison for attempted murder.

A second trial followed in 2014-2015 under pressure from victims' families.

He was found guilty of murder and attempted murder of five other victims and given the maximum sentence of 15 years -- called a life sentence in Germany.

At the start of the third trial in October, Buehrmann said its main aim was to establish the full scope of the killing that was allowed to go unchecked for years.

"It is like a house with dark rooms -- we want to bring light into the darkness," he said.