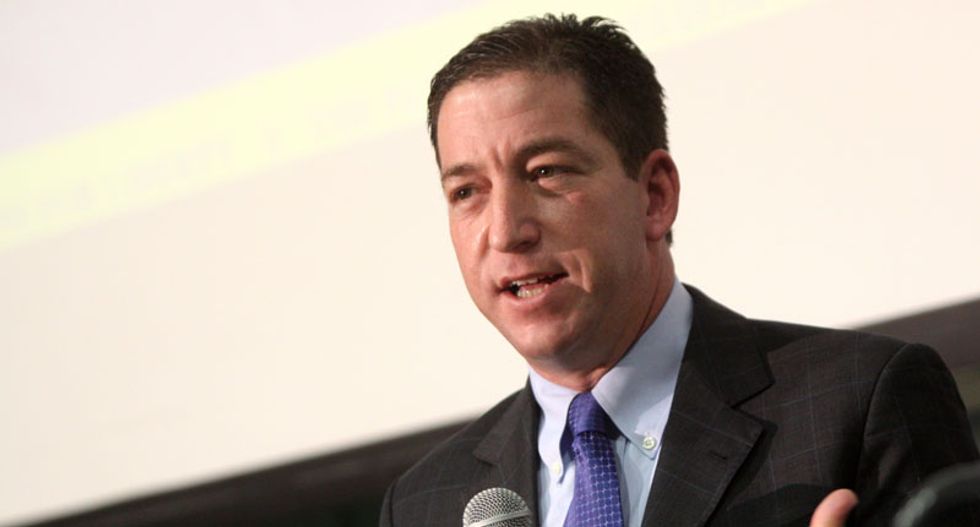 Greenwald told AFP "political violence is a reality" in Brazil and he would not leave the country after The Intercept investigative website he co-founded released explosive material that has cast doubt on Sergio Moro's impartiality when he was an anti-corruption judge.

The Telegram chats -- provided to The Intercept by an anonymous source -- have triggered calls for the resignation of Moro, who spearheaded a massive graft investigation known as Car Wash before he joined far-right President Jair Bolsonaro's cabinet in January.

No one has been untouchable in the probe, which began in 2014 and upended Brazil's politics by uncovering large-scale looting of state oil company Petrobras.

Scores of top players across the political spectrum as well as business figures have been taken down.

But critics say Moro -- who handed Lula his first conviction for taking bribes and money laundering in 2017, effectively ending both his election hopes and decades of center-left rule in Brazil -- targeted the former president and his popular Workers' Party (PT) most of all.

"We knew that when we were going to report on very powerful figures who are part of the Bolsonaro government that was going to generate a lot of hatred, animosity and threats," Greenwald said a day after The Intercept released more conversations between Moro and Car Wash chief prosecutor Deltan Dallagnol.

"We have received some really disgusting and detailed and grotesque, graphic threats that are pretty disturbing and we do take seriously," he said.

The menacing messages -- sent via email and social media -- have also targeted his husband, Brazilian lawmaker David Miranda, and their two adopted children.

Greenwald, who was part of the team that first interviewed fugitive US whistleblower Edward Snowden in 2013, acknowledged the risks were greater this time given his physical proximity to the people he is accusing, but said he "would absolutely not ever leave Brazil."

"It's the country that belongs to my children and my husband," Greenwald said.

"We have taken all the measures that we feel like we should take for our legal and physical security. After that you have to go about and do your work.

"Journalism is about confronting powerful people."

Moro, a hero to many Brazilians fed up with corruption, has remained defiant since The Intercept published the first tranche of what it said was an "enormous trove" of documents on Sunday.

In the leaked group chats, Car Wash prosecutors expressed "serious doubts" over the evidence against Lula and spoke openly of wanting to prevent the PT from winning the 2018 presidential election that Lula was widely expected to win.

Moro repeatedly "overstepped the ethical lines that define the role of a judge" by offering prosecutors advice and tips for "new avenues of investigation," The Intercept said.

Moro has denied any wrongdoing and claims the leaked messages were illegally hacked. Car Wash investigators have questioned the authenticity of the chats, saying they could have been fabricated.

Greenwald refused to discuss how The Intercept's source obtained the incendiary material, which he said showed "Moro was integrated fully into the prosecutorial work" of the Car Wash investigation.

"They had an ongoing collaborative relationship which violates the constitution and the code of judicial ethics in a way that calls into question every verdict that Moro issued as part of the Lava Jato (Car Wash) case."

Lula, who led Brazil through a historic boom from 2003 to 2010, is serving a reduced jail term of eight years and 10 months after being convicted of accepting a seaside apartment as a bribe for helping the OAS construction company get lucrative deals with Petrobras.

A second conviction was handed down in February for which he was sentenced to almost 13 years.

Lula has denied all the corruption charges against him, arguing they were politically motivated to prevent him from competing in the 2018 election, which Bolsonaro won.

While the leaks have been a blow to Moro's reputation, some analysts have downplayed the potential fall-out from the scandal given the popularity of Moro, who is seen by many as an anti-corruption crusader.

Bolsonaro, who has been uncharacteristically silent on Twitter over the leak, attended a football game with Moro on Wednesday in a sign of his support.

Greenwald said he had not expected Moro to resign after the initial reports, but questioned whether the minister could hang on to his job or be effective as The Intercept publishes more material.

"The main victims of what we are revealing is Brazilian society... and the people who were punished and imprisoned by a process that was clearly run by people who had no regard for the rules that they are required to abide by," said Greenwald.

"When those rules are violated the entire system of justice is corrupted."