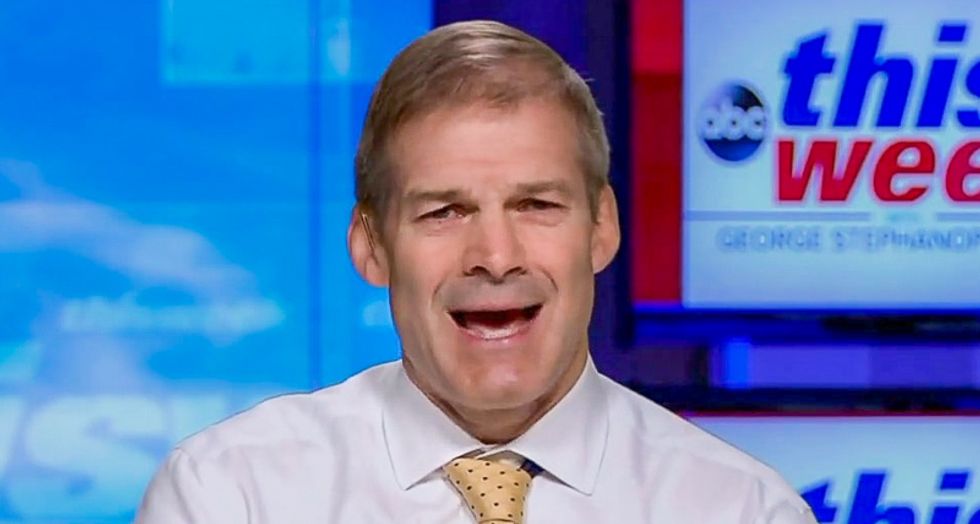 Rep. Jim Jordan (R-OH) on Wednesday got absolutely shut down by Rep. Elijah Cummings (D-MD) after he interrupted the testimony of Henry Kerner, whom President Donald Trump appointed to lead the Office of Special Counsel.

During his opening statement ahead of Kerner's testimony, Jordan bitterly complained about the way conservatives are purportedly "censored" on social media and he said Kerner's recommendation that Trump White House counselor Kellyanne Conway be removed from office for repeated Hatch Act violations was an effort to "silence" an effective surrogate for President Donald Trump.

Jordan also tried to portray Kerner and his office as partisan Democrats eager to take down Republicans -- but in his opening statement, Kerner completely rebutted Jordan's claim by noting he wrote a report that was critical of the way the IRS under former President Barack Obama flagged conservative and Tea Party groups for additional scrutiny.

"I thought I would point out when I was working on the Senate side, we authored a 37-page report criticizing the IRS for targeting conservative groups and Tea Party groups," Kerner explained. "I was the author of that report. We were very strong in making clear that that was unacceptable and that the IRS should not have targeted the conservative groups."

At this point, Cummings slammed down his gavel.

"Do not interfere with the witness!" Cummings shouted. "He's talking!"

"Got it," replied a chastened Jordan.