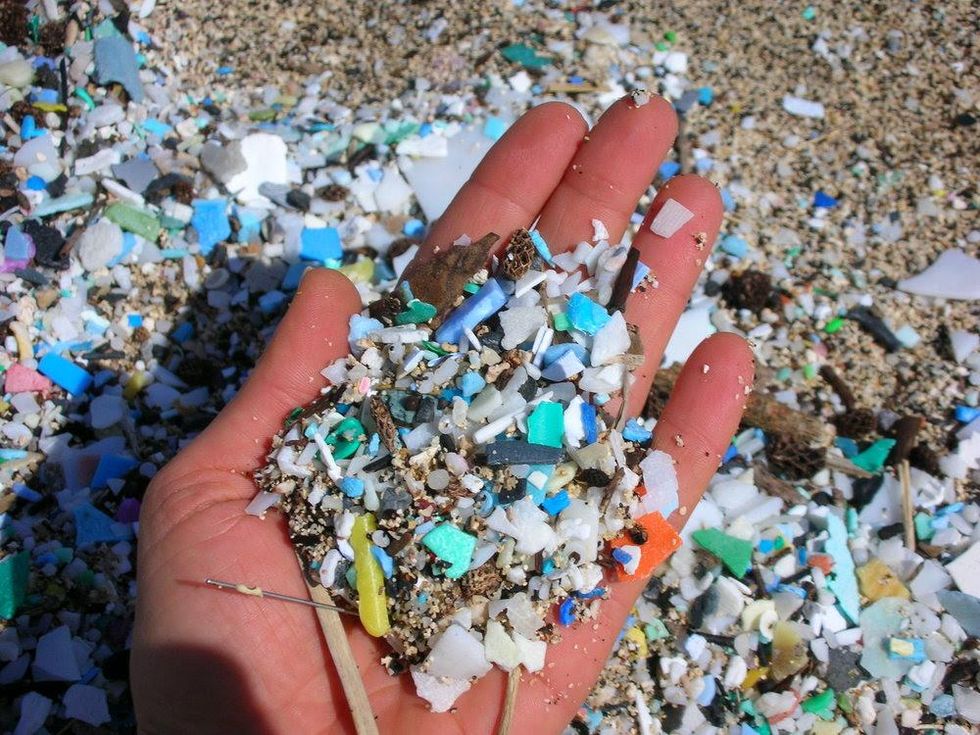 Greenpeace on Wednesday raised the alarm over microplastics in rivers after finding the pollutant in all the rivers it tested in Britain, calling it a "problem of enormous complexity".

"We ignore this problem at our peril," warned David Santillo, senior scientist with the Greenpeace Research Laboratories at the University of Exeter.

"Once microplastics are in the river, they become impossible to remove again, so we have to solve the problem at the source."

Researchers from the NGO tested 13 rivers earlier this year, casting nets in 30 rural and urban areas.

They found 1,271 pieces of 15 different types of plastic, nearly half of which were polyethylene, and included items from degraded straws to microbeads.

Only two of the "relatively rural" 30 areas did not test positive, Greenpeace said in its report, published Wednesday.

"We are witnessing just the tip of a plastics iceberg," it said.

The nets were only able to collect samples that were no deeper than 10 centimetres (four inches).

The impact of microplastics on freshwater fauna has yet to be determined, the study says.

The River Mersey in northwest England was the most polluted, with 875 microplastic samples collected in half an hour.

That makes it even more proportionally polluted than the "Great Pacific Garbage Patch", which is recognised as one of the most plastic-polluted expanses of water on earth, Greenpeace said.

It called on the British government to set legally-binding targets to reduce the production of single-use plastic packaging by at least 50 percent by 2025.

A ban on the sale of cosmetic and personal hygiene products containing microbeads in the UK came into force in January 2018.

Greenpeace urged for an extension of the ban to include other products such as sunscreen, lipstick and other household products.