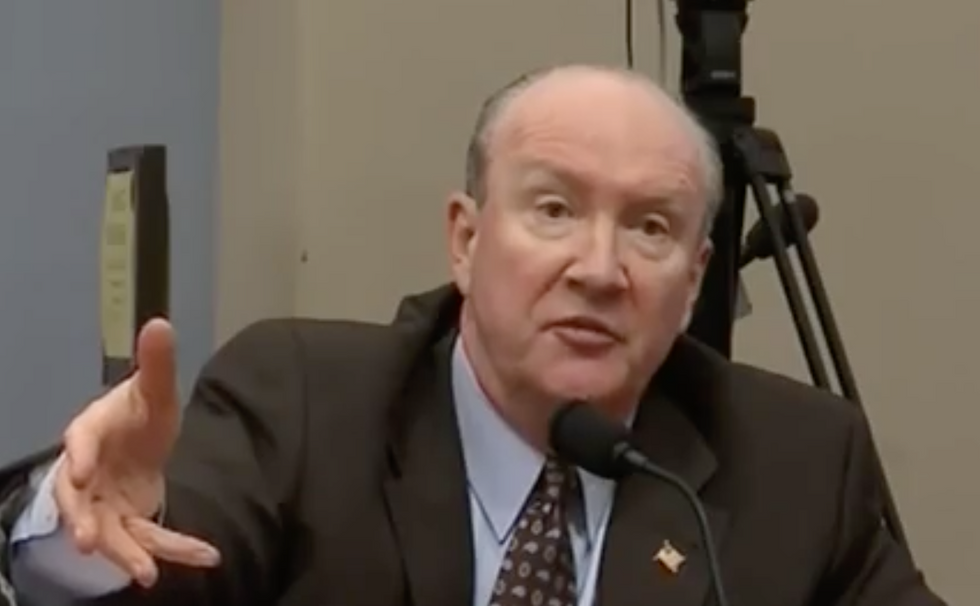 Andrew McCarthy has been an aggressive defender of President Donald Trump against the charges brought up by Special Counsel Robert Mueller’s investigation on Fox News and elsewhere. In fact, the former federal prosecutor has been such a fierce advocate for Trump and a purveyor of the right wing’s talking points that Republicans called him before the House Intelligence Committee on Wednesday to testify.

But before the committee and under penalty of perjury, McCarthy actually contradicted several of the GOP’s favorite talking points about the FBI investigation of the Trump campaign, as both John Amato and Kyle Cheney pointed out.

1. He said no one who approved the Carter Page FISA application — which has been the source of outrage on the right — was acting in bad faith.

One of the biggest sources of trumped-up outrage in right-wing media about the Russia investigation has been the surveillance of one-time Trump aide Carter Page, who was actually only surveilled after he left the campaign. (The Mueller report indicates Page has been targeted as a Russian intelligence asset in the past, though he wasn’t charged with any wrongdoing.) This one choice by investigators has been used to suggest that the FBI was on a politically motivated crusade targeting the Trump campaign — possibly in a conspiracy that went up to President Barack Obama.

But on Wednesday, McCarthy admitted that none of this is based in fact. Indeed, he said he doesn’t believe that the FBI agents, DOJ officials, or the judges who approved the surveillance were acting with bad faith — only that they made “mistakes.”

2. He also said he sees no reason to believe there was an FBI plot against Trump at all.

But speaking before Congress on Wednesday, he seemed to back down from the conspiratorial view beloved on the right wing that the FBI was trying to thwart Trump’s campaign. (In fact, it thwarted Hillary Clinton.)

3. McCarthy also undermined the claim that Obama did nothing to stop the Russian election interference in 2016.

This has been one of Trump’s favorite assertions to deflect criticism for his weak stances toward Russia, but McCarthy correctly noted that it’s not true.

“I think that they did take some investigative steps,” he said. “It’s debatable whether they should have taken more.”

Of course, it is true that many people think Obama should have done more to counter Russia in 2016. One reason the administration was hesitant, though, was that it thought Trump and the Republicans would cry foul if Obama made a conspicuous public effort to discuss the interference.

4. He said the Trump campaign should have called the FBI.

When asked directly by Rep. Michael Quigley (D-IL) if the Trump campaign officials who received overtures from the Russians in 2016 should have called the FBI, McCarthy clearly broke with the president.

Later on Wednesday, ABC News aired an interview in which Trump said campaigns have no obligation to call the FBI if foreigners approach offering election help.

“Who does that?” said Trump.