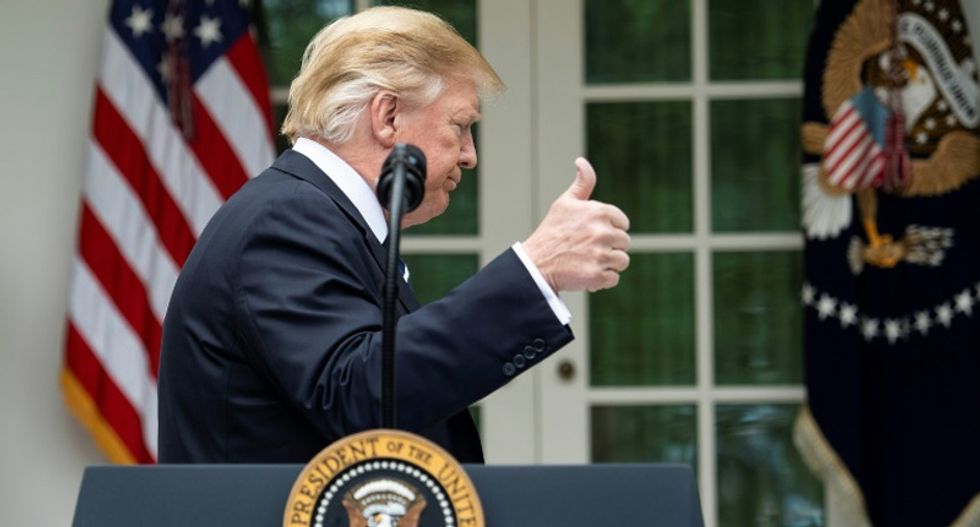 On Friday morning, some affiliates in ABC News’ digital division posted an article promoting an online “birthday card” for President Donald Trump — who turned 73. The “card” turned out to be linked to a petition website created by Trump’s 2020 reelection campaign and the Republican National Committee (RNC). And those ABC affiliates, according to the Daily Beast, helped Trump and the RNC add to their e-mail lists.

“Happy Birthday, Mr. President!,” the content read. “To help him celebrate, the GOP has made him a digital birthday card.”

The article promoting the “birthday card” has since been removed from the websites of those ABC affiliates. A spokesperson for ABC affiliate stations told the Daily Beast that the article was initially posted “by an overnight producer at one of our local stations, and they did not follow the station’s editorial standards.”

That spokesperson confirmed to the Beast, “The story has since been taken down.”

ABC-affiliated websites are free to use content posted by fellow ABC affiliates. And after the initial post of the article promoting Trump’s digital “birthday card,” other stations used their own versions, the Beast reported.

The use of digital “birthday cards” to harvest e-mail addresses is hardly limited to Trump or the RNC; the Democratic National Committee (DNC) has had plenty of them as well. But major media outlets often have a policy against promoting content that can be used to help politicians increase the size of their e-mail lists.

Before the article promoting the “birthday card” was removed, at least five ABC affiliates ran it — including affiliates in New York City, Philadelphia and Houston.