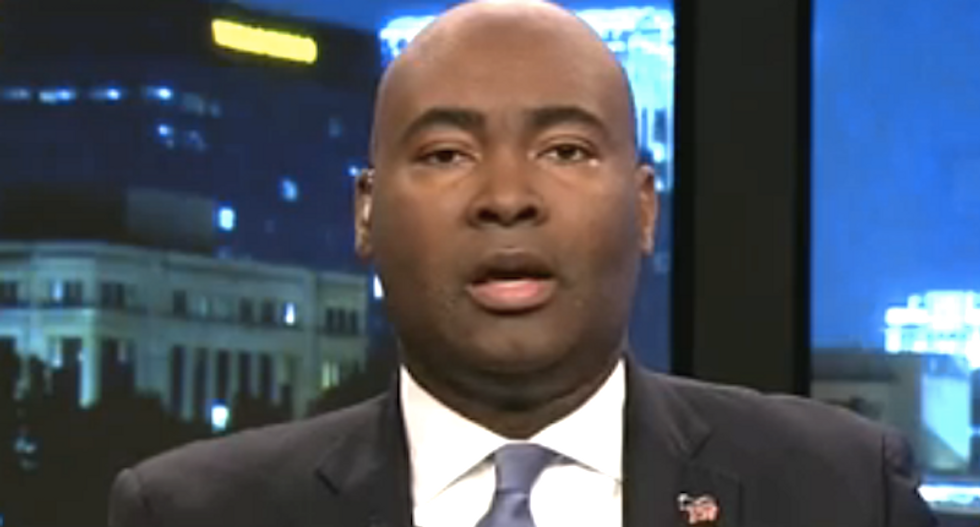 There is no question that former South Carolina Democratic Party chairman Jaime Harrison faces a monumental task in challenging Sen. Lindsey Graham (R-SC) in 2020. President Donald Trump is massively popular there, and convincing Trump voters to split their ticket against one of the president's most reliable Senate allies is not going to be easy.

On MSNBC's "Morning Joe" Wednesday, Harrison outlined two major aspects of his plan to beat Graham — the first of which is showing voters what an insincere opportunist Graham is in his support for the president, as they used to hate each other and publicly trade insults.

"We just released a video last night because Lindsey and Donald were continuing their lovefest down in Orlando, which basically had Donald Trump saying Lindsey Graham wasn't fit to be dog catcher," said Harrison. "We're going to allow Donald Trump and Lindsey Graham to continue to have a conversation. It will be fun. I want Lindsey Graham 1.0 to debate Lindsey Graham 2.0, and people will see the hypocrisy. He epitomizes why people don't like politics anymore."

The second strategy, Harrison said, would be to do what Democrats have been doing all over the South to break GOP dominance: get voters of color registered and engaged.

"South Carolina is very similar to Georgia in this aspect," said Harrison. "There are a large number of unregistered African-American voters in the state. About 150,000. And a large number of Latino voters, about 50,000. There will be 2.1 million people who will vote in the next election. Unregistered voters alone, we have 10 percent that could change the electorate. We will go in and register the voters and give them a reason to come out and vote."

"That's the real power," said Harrison. "That's what Donald Trump was able to do, give folks a reason. They felt he was fighting for them. We will make sure the folks in South Carolina understand there's somebody who wants to fight for them."