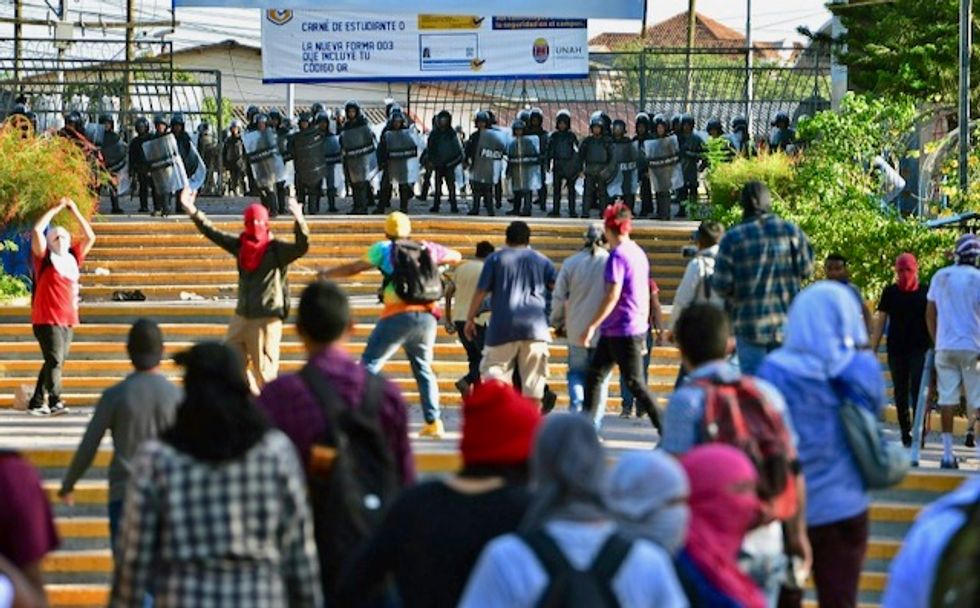 Hundreds of students at the National Autonomous University of Honduras were demanding the resignation of the country's president, Juan Orlando Hernandez, after demonstrations against him intensified last week when three people were killed in protests.

They pursued the students "shooting them with live rounds," Sarmiento said.

Five students received bullet wounds, but all were out of danger, said Laura Schoenherr, spokeswoman for the Escuela Hospital.

FUSINA, a combined national security force, said in a statement that the students had attacked with "modified Molotov cocktails to make them more lethal."

Four "alleged students" were wounded, FUSINA added, along with two soldiers burned by the Molotov cocktails.

Police had initially fired tear gas, prompting students to throw stones, after which the riot police chased the students and opened fire with rifles.

Protests against Hernandez intensified last week after starting more than a month ago when doctor and teacher unions held strikes against health and education laws in the Central American country.

Troops patrolled the streets of Tegucigalpa last Friday after three people were killed in violent protests against Hernandez.