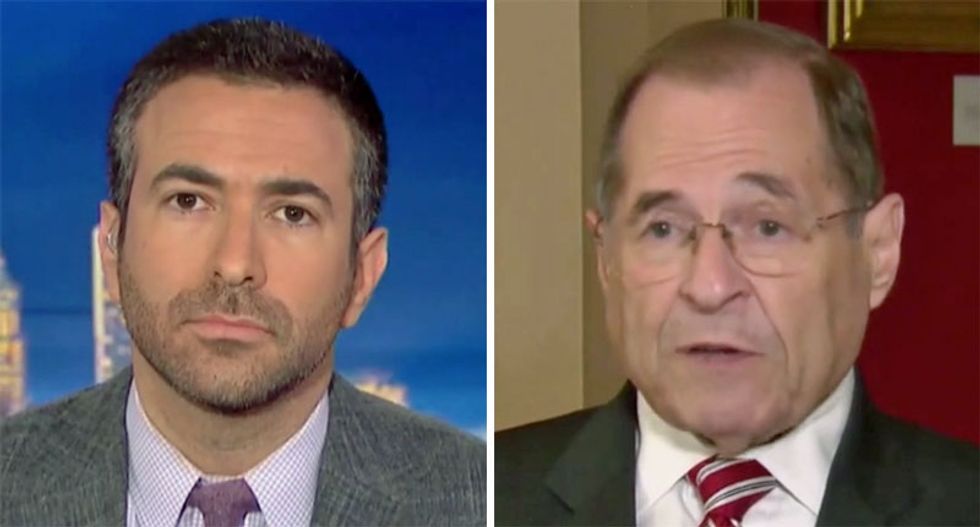 The chairman of the House Judiciary Committee expects Robert Mueller to be subpoenaed "way before" the end of the summer if he refuses to voluntarily testify before Congress.

Rep. Jerry Nadler (D-NY) explained the timing during a Tuesday interview with MSNBC's Ari Melber on "The Beat."

"Has Robert Mueller agreed to come in voluntarily?" Melber asked. "Is there a date by which he has not you would subpoena him?"

"We’re carrying on conversations with him. If we have to subpoena him, we will," Nadler replied.

"Would that be by the end of the summer?" Melber asked.

"Oh, I would think way before," Nadler said.

The host then attempted to pin it down further.

"By the end of June?" Melber asked.