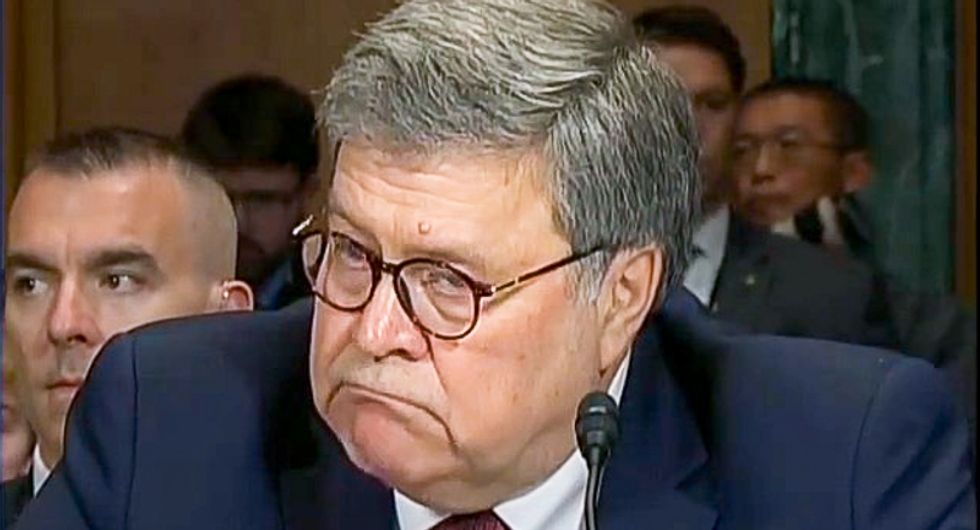 With the fate of the nation's electoral maps — and thus the very basis of democracy — hanging in the balance, the Supreme Court is poised to rule on the controversial Census case. But at the last minute, Justice Department Solicitor General Noel Francisco wrote new a new plea to the justices asking them to take an even more extraordinary step than simply ruling on the issue before them.

Indeed, law professor Richard Hasen wrote in Slate on Tuesday that if the court goes along with Francisco's request, it will essentially act as a part of the Trump administration.

The controversy arose when Commerce Secretary Wilbur Ross decided to include a question about citizenship on the 2020 Census, which experts believe will reduce compliance with the survey in ways that benefit Republicans and white people electorally. The Justice Department claimed that it had asked Ross to include the question to protect the Voting Rights Act, but critics argued that this was a mere pretext and that the real purpose was to distort the Census results.

Now, more evidence has emerged that not only was the excuse for including the question a pretext but that the Commerce Department was actively working with a GOP operative whose goal was to create maps "advantageous to Republicans and non-Hispanic Whites." In light of this new evidence, a lower federal court has sent a separate case challenging the Census question back to a trial court. It's this case that Francisco wants the Supreme Court to weigh in on, even though doing so would be an extraordinary breach, according to Hasen.

"This is outrageous," Hasen wrote. "The issue has not been fully briefed. It was not the subject of oral argument. It involves evidence for which there has been no fact-finding. For the Supreme Court to decide the issue on this basis is the definition of lawlessness. It is not how the Supreme Court normally does business, and the solicitor general should know better. If the court starts doing this it becomes no more than a branch of the Trump administration."

He compared the case to the court's Bush v. Gore decision, which ultimately handed the 2000 presidential election to Republican George W. Bush instead of Democrat Al Gore. That was an extraordinarily consequential decision on its own for many reasons, not least of which is that Bush went on to nominate two Supreme Court justices — John Roberts and Sam Alito — who could be key votes in the Census case.

But the Census decision could be even more wide-reaching than a single presidential election. The Census is used to determine maps for elections across the country, and its data is used for countless other important purposes. Intentionally distorting its results could have drastic unforeseen consequences.