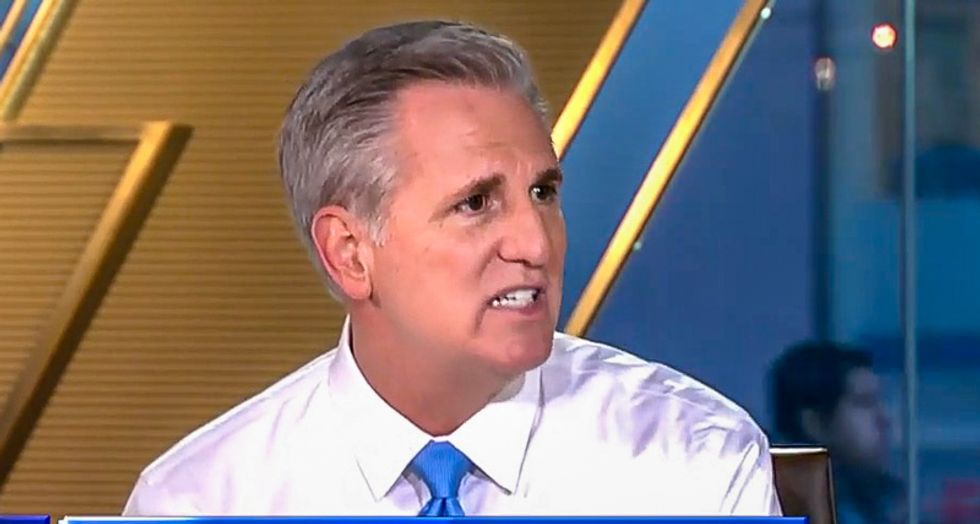 On Thursday, the U.S. Supreme Court is expected to rule on two cases highlighting the collision between partisan power grabs and setting the ground rules for two of the most important elections in America—those for U.S. House and state legislative chambers.

One ruling concerns whether the Trump administration can add a question to the 2020 census that asks if anyone residing in that address is not a U.S. citizen. The other concerns whether hyper-partisanship is unconstitutional when state legislatures run by a single party draw electoral districts to maximize their party’s likelihood of winning elections.

Both cases pull back the curtain on political power plays that are built on segregating the public to determine which major party is more likely to win office, and which slices of society have elected representatives with power to act on their behalf. The Republican Party, more so than Democrats, has used the bluntest tactics on these fronts to shore up their power in recent years—and in anticipation of the decade beginning in 2020. Whether the U.S. Supreme Court will act to rebalance excessive partisanship is an open question. Most legal scholars are expecting the court’s conservative majority to side with the Republican Party.

Why the Census Question Counts

The Trump administration’s addition of the citizenship question to the census has become increasingly controversial as disclosures have revealed its partisan motives. Documents from Republican Party strategists that were not part of the Supreme Court case show the addition of the question is a deliberate attempt to undercount non-whites residing in mostly blue states. That undercount could shrink those states’ House delegations and cut into their federal subsidies throughout the decade following 2020. Academics estimate that 8 percent of affected populations could be overlooked because many households with visa-less occupants will not answer the survey.

How can one know the administration’s intentions? Information found on the computer files of a deceased GOP gerrymandering expert said that adding the citizenship question would boost GOP electoral power while offsetting the national trend of non-whites becoming the majority of residents in many states. (A federal appellate court this week sent the case back to a lower court for additional fact-finding based on these new documents.)

The citizenship question fight has remarkably cynical details. The administration has claimed that it needed to ask about citizenship to protect the voting rights of minorities, when, in reality, it is seeking to suppress representation of minority communities.

This gambit is part of a larger trend, as seen in the citizenship fight and other recent incidents, that Republicans apparently do not care how ruthless they are so long as they hold political power. This is not to say that Democrats are angels. The gerrymandering case awaiting a Supreme Court ruling Thursday comes from a singular blue state power grab in Maryland. (The court did not act in previous GOP extreme gerrymandering cases, where any censure would have affected the political maps in numerous red states.) But the national pattern of excessive partisanship lies with the GOP.

Party Before State and Country

Last Friday, the state Supreme Court in Wisconsin, which has a narrow conservative majority, ruled that laws passed after the 2018 election to undermine the power of an incoming Democratic governor, Tony Evers, were legal. The state court’s flouting of the separation of powers between different government branches was not unique. In North Carolina, a similar power grab unfolded after voters in that red state elected a Democratic governor, Roy Cooper, in November 2016.

There are other examples that are more anecdotal—or possibly pending. Atop this list is Senate Republican Majority Leader Mitch McConnell saying that he would confirm any U.S. Supreme Court nominee in 2020—a presidential election year—after blocking the nomination of Merrick Garland by then-President Obama in 2016; McConnell said it was not proper to consider a high court nominee in a presidential election year. President Trump keeps saying that he should extend his term to offset the investigation into his 2016 presidential campaign’s collusion with Russian agents.

But more seriously, the White House has exposed the GOP’s long-term strategy in its legal briefs filed with the U.S. Supreme Court over the citizenship question and the census. The basic strategy is to keep narrowing the metrics that determine how political power is allocated in the U.S. political system—in states and Congress.

Specifically, the Justice Department said that if states want to start drawing legislative districts only based on eligible voters who live there—called the CVAP or “citizen voting age population”—that would be fine. “That also would make any injury [to uncounted populations] not fairly traceable to the federal government,” the brief said, as highlighted on ElectionLawBlog.org. That quote relies on a states’ rights view of federal government—a state should supersede national laws and standards when it wants.

The blog’s publisher, UC Irvine election law professor Rick Hasen, added this headline, which sums up what’s going on: “DOJ Signals That If States Want to Start Drawing Legislative Districts on the Basis of Equal Numbers of Eligible Voters Not People (Which Will Shift Power to Republican Party and Against Hispanics), Trump Administration Will Support It.”

Thus, the citizenship question is the tip of a larger iceberg. If only the CVAP is counted, who else is excluded? Besides non-citizens, children and teenagers under 18—until they become eligible to vote—would not be counted. In short, this approach would be a return to the country’s founding era, when the government mostly served selected classes: typically white male property owners.

Fast-forward to today, and these GOP electorate-shaping strategies are serious power plays to preserve Republican power as the nation’s demographics shift toward a non-white majority society—which is seen as favoring Democrats. Many experts have tracked the anti-voter tactics, which are not new but have been more aggressively embraced by Republicans since Obama’s election in 2008.

The extreme partisan redistricting that followed the 2010 census, almost exclusively in red states, drew state legislative and U.S. House districts where Republicans had an average starting line lead of 8 percent among voters who reliably turn out for every election. The GOP achieved that advantage by drawing districts with boundaries that segregated Democratic Party strongholds, either cracking or packing blue voter population centers.

The gerrymanders created new red super-majority state legislatures, and House delegations led this decade’s right-wing fights against health care reform, reproductive rights, climate change and more. These legislatures also adopted stricter voter ID laws, which peeled off a few more points from perceived blue voter cohorts in typical election cycles. Last November’s federal midterm elections were not average elections, however, with some of the highest turnout rates in decades. As a result, it is not surprising that the GOP continues to seek ways to undermine opposition voters.

Thus, there is a potential citizenship question that could result in blue states like California losing House seats and federal funds. The Trump administration further embraces only counting the citizen voting age population, to further winnow representation. Meanwhile, conservative majorities on state supreme courts are becoming more brazen. The courts, which comprise the government branch that is intended to check and balance legislative and executive power, are instead ignoring electoral results and doing whatever is necessary to entrench Republican power.

The big picture goes beyond Trump and 2020. One of the two major parties is acting with increasing ruthlessness to preserve its power, regardless of changing demographics, election results and previously stated stances (i.e., McConnell on reviewing Supreme Court nominees). As time marches on, this trend probably will worsen—as more threats to Republican rule emerge