How this database is tracking and exposing cops' bigoted Facebook posts 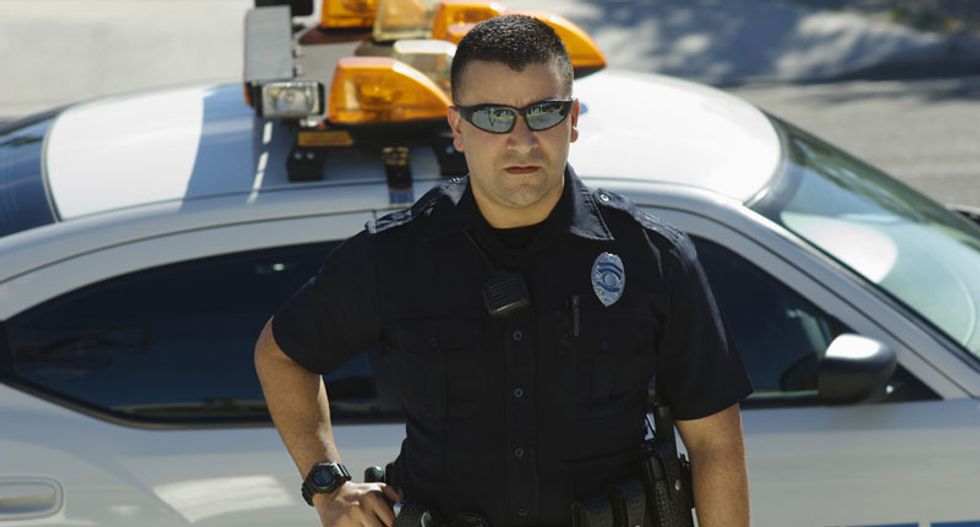 It’s a good day for a chokehold.

In a different post, a Philadelphia police lieutenant recounted a courthouse scene in which a defendant and his family walk off an elevator: “… indignant about the fact that those of us actually working are going the other way. I fucking hate them.”

Another lieutenant commented: “I fucking hate the [sic] too.”

An online database called the Plain View Project has collected more than 5,000 bigoted, racist, sexist, Islamophobic Facebook postings and comments like these by former and current law enforcement officers in jurisdictions across the country.

The database was started two years ago by attorney Emily Baker-White, who was investigating a police brutality claim as a fellow in the Federal Community Defender Office in Philadelphia when she came across vitriolic public Facebook posts by several police officers.

“One stirred me,” Baker-White told CNN. “It was a meme of a police dog trying to run after something. Its teeth were bared, it was being restrained, and the text over the picture was, ‘I hope you run, he likes fast food.’”

She created the database, she said, to show the pervasiveness of such online behavior by police officers.

Last week, the Philadelphia Police Department used it as the basis for reassigning 72 of its officers—an action Police Commissioner Richard Ross called the single largest removal of officers from street duty in his three-decade career.

“We’ve talked about from the outset how disturbing, how disappointing and upsetting these posts are,” Ross said at a press conference. He called them “inconsistent with the department’s promise of fair and equal treatment for all residents. They will undeniably impact police-community relations.”

In St. Louis, circuit attorney Kimberly Gardner said she would no longer accept cases from 22 officers whose comments and postings are included in the database. Seven of them have been banned permanently, meaning her office won’t issue charges based on their investigations, won’t apply for search warrants they seek, and won’t consider cases in which they are essential witnesses.

Phoenix Police Chief Jeri Williams in a statement called the language in the posts “embarrassing and disturbing.” She said she has asked the department’s Professional Standards Bureau to “look further into this matter.”

Dallas police said it is investigating the database information, and plans to make the results of their investigation public.

The revelations come at a time of simmering outrage over bias and brutality in American policing, particularly in Black communities, where the shooting of unarmed Black men by the police have fueled the Movement for Black Lives.

And while some have raised concerns over the officers’ free speech rights, the comments and posts offer a disturbing glimpse into the impulses of some of the uniformed men and women charged with serving and protecting the very communities they disparage.

“The public should interpret this as a snapshot of how some police officers behave—and, perhaps, what they think—when the veil is lifted and the police subculture is exposed,” said Philip M. Stinson, a criminologist at Bowling Green State University in Ohio.

Stinson said he was “impressed with the ‘outside-the-box’ methodology used by the Plain View Project to tackle a hard-to-research area.”

A former police officer, he created a police crime database to track and study arrests of police nationwide. “I’ve been surprised by how seriously some police departments, particularly the Philadelphia Police Department, have taken this in terms of seemingly taking officers off the street while internal investigations are conducted,” he said.

In total, the Plain View Project database contains postings and comments by 2,800 current and about 700 former officers. They include racist memes and comments to posts celebrating violence, many of them against people of color.

In response to a man in handcuffs, for example, one officer posted mockingly: “‘they beat me up.’ You’re lucky you POS. You should have been shot dead!!!”

A different Philly officer posted a year before the death of Heather Heyer in Charlottesville, Virginia: “I can’t wait until someone has had enough, and just plows through these idiots!” The text was above a video of anti-Trump protesters.

The posters in the database range in rank from officers to captains.

Screenshots of their comments or posts are published along with metadata collected from publicly available sources showing their badge numbers, titles, salaries, and employment status—current or former.

The site also provides a link to officers’ Facebook pages, so users can view the original post.

In Philadelphia, Ross said his department has hired a law firm to sift through posts identified as offensive to determine whether they are protected under the First Amendment. He said he expects several dozen will be disciplined and some will lose their jobs.

Additionally, antibias and antiracist training will be conducted across the department, which will launch periodic audits of officers’ social media accounts.

Baker-White’s group said the postings it included in the database were selected because the viewpoints they expressed “could be relevant to important public issues.”

“We do not know what the poster meant when he or she typed them. We only know that when we saw them, they concerned us.”

Lornet Turnbull wrote this article for YES! Magazine. Lornet is an editor for YES!, a Seattle-based freelance writer, and a regional freelance writer for the Washington Post. Reach her at lturnbull@yesmagazine.org. Follow her on Twitter @TurnbullL.