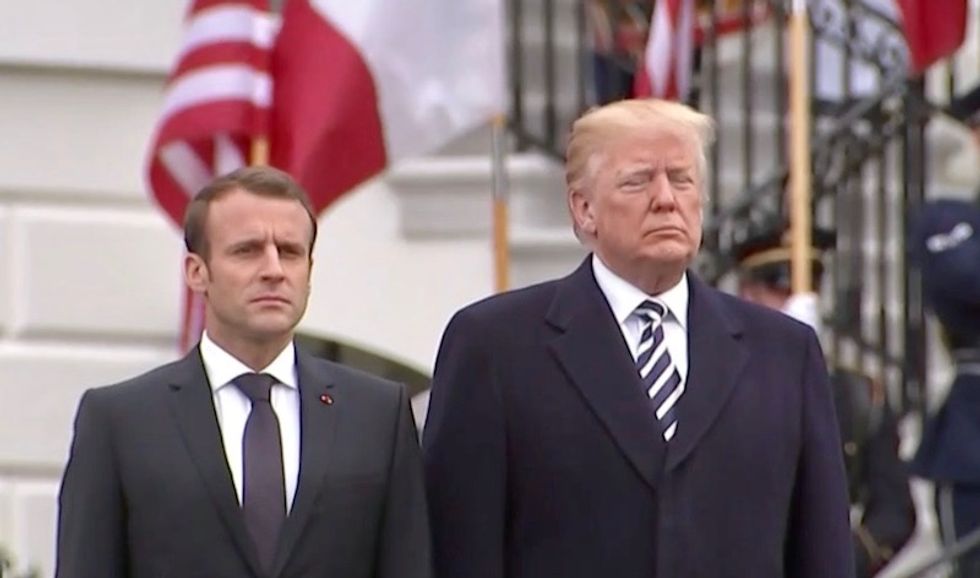 President Donald Trump's style of politics and "deals" has been more about fighting, creating animosity or publicly attacking international partners. Now that there is a conflict with Iran, Trump is short on allies who can join forces.

In a Politico piece, reporter Anita Kumar harkened back to Trump's tired phrase "America First," noting that now it has become synonymous with "America alone."

After violating the Iran nuclear treaty, things have gotten worse in the relations between the two countries. Meanwhile, Trump cozying up to Kim Jong Un has only resulted in a short pause of weapons tests before beginning again. Trump is in a trade war with China, and the two have reached an impasse in the negotiations. Most of Europe can't stand Trump.

Trump is headed to Japan for the G-20 summit, where he could have an opportunity to build relationships, make friends, and apologize for his brash Twitter attacks of world leaders, but the likelihood of it is slim.

This week, the Pentagon announced it would send 1,000 American troops to the Middle East after a non-American oil tanker was hit.

"Trump has approached diplomatic negotiations like business deals, including personal engagement, high stakes gambles and threats to walk away. Yet international relations has complicated and sometimes dangerous second-order effects," Politico quoted Amanda Sloat, who was Pres. Barack Obama's deputy assistant secretary at the State Department and as a senior adviser on the Middle East. "Iran, North Korea and China are challenges that predate Trump — so the question is whether his approach is making things worse."

In an October rally, Trump admitted he was a nationalist, and praised withdrawing from foreign wars. So, surrounding himself with Warhawks like Sen. Lindsey Graham (R-SC) and John Bolton seems to conflict with his promise to bring troops home.

It's unclear if Trump will try to go after Iran alone or walk back his "red line." As he turns to run for reelection, there's also the matter of most Americans not wanting to send their children to die in another Middle Eastern war. Ironically, Trump tweeted in 2012 that he anticipated former President Barack Obama would start a war in Iran to help him win reelection. It never happened under Obama, who easily sailed to victory. Now, political commentators are wondering if the 2012 tweet predicts Trump's behavior.