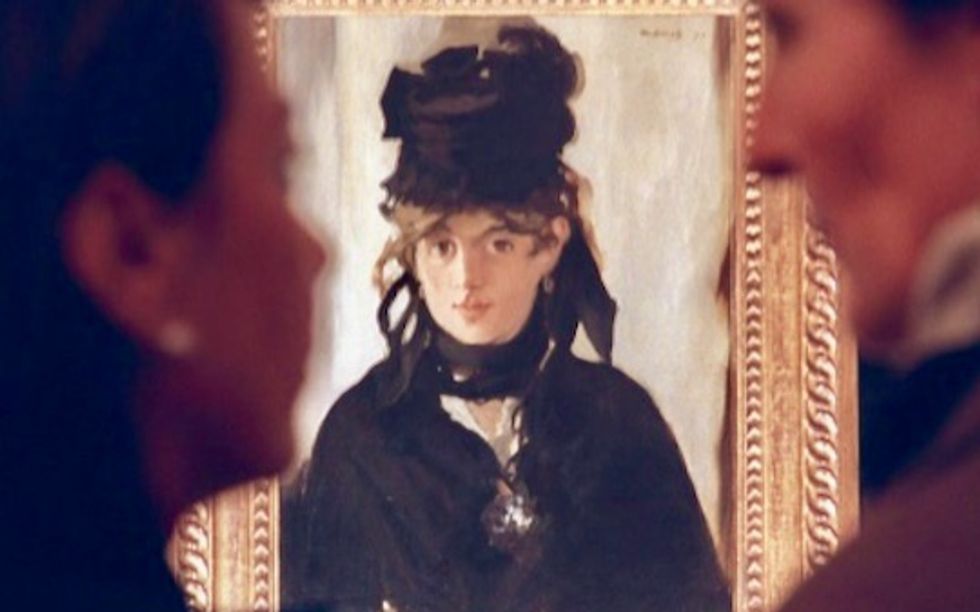 Impressionism's female founder: Edouard Manet's 1872 portrait of the painter Berthe Morisot, his sister-in-law who is one of the forgotten giants of the movement AFP/File

The first major show of Berthe Morisot's paintings in France in nearly 80 years puts the forgotten woman of Impressionism back at the centre of the movement she helped found.

One damning review of the first exhibition by the group that would revolutionise art blasted that it was no more than "five or six lunatics of which one is a woman ...[whose] feminine grace is maintained amid the outpourings of a delirious mind."

But after her early death at 54, when she caught pneumonia after nursing their daughter through the illness, Morisot slipped into the shadow of her more famous male peers like Renoir and Degas.

Now a new show at the Musee d'Orsay, the first dedicated to her work by a major Paris institution since 1941, puts Morisot back in the rightful place as one of the most startling and innovative artists of her time.

Curator Sylvie Patry said Morisot's work was always seen through the lens of the male artists who taught her like the great landscape painter Corot, or those she worked alongside like Manet or Renoir.

"We had to clear away some cliches about the woman artist and give her back her place at the heart of Impressionism," Patry added.

The show highlights how radical she actually was.

Like Degas and the American painter Mary Cassatt -- who suffered similarly at the hands of art historians for decades -- Morisot preferred intimate portraits to the luminous landscapes that the group pioneered.

The Paris show is full of her penetrating and often ambiguous portraits of women, such as "In The Cradle" where a mother sits over her sleeping baby.

Experts say that there is often "more than meets the eye" to her pictures, with the mother peering at her child in a way which could hint at tiredness, boredom or even regret as much as love.

Patry said that when Morisot painted her female models like her sister Edma she was looking to capture "what was happening in that moment".

She was obsessed with the "passing of time" and her energetic, fast style which so impressed Manet was about suggesting more than it was describing.

This very modern sensibility included daring to leave some of her works so they seemed to look "unfinished".

At the time critics attacked this, believing that it showed a female hesitancy and a lack of confidence.

But Patry insisted that it was part of her fascination with the fleeting nature of life and her own determination that it was she as an artist who decided when a work was finished.

The world she painted was mostly the private, intimate one of fashionable Parisian ladies: domestic scenes and tasks, children and flowers, and the snatched pleasures of holiday resorts.

Nor was she afraid to show the boredom of her subjects.

Morisot was also lucky to be married to Eugene Manet, a minor painter, who did not take umbrage at her talent or her friendships with his brother Edouard, or Degas, Renoir, Monet and Mallarme.

Tellingly, the largest ever retrospective of her work was organised just after her early death in 1895 by her Impressionist peers who so admired and respected her.

Unlike theirs, which are scattered among the world's great museums, the 70 Morisot works in the Musee d'Orsay exhibition -- which runs until September 22 -- mostly come from private collections.

Running alongside the show, the museum has organised a week-long itinerary called "Women, art and power" to highlight the work of female artists in its vast collection of 19th-century French art.