Indicted congressman's wife will change her plea to guilty: report 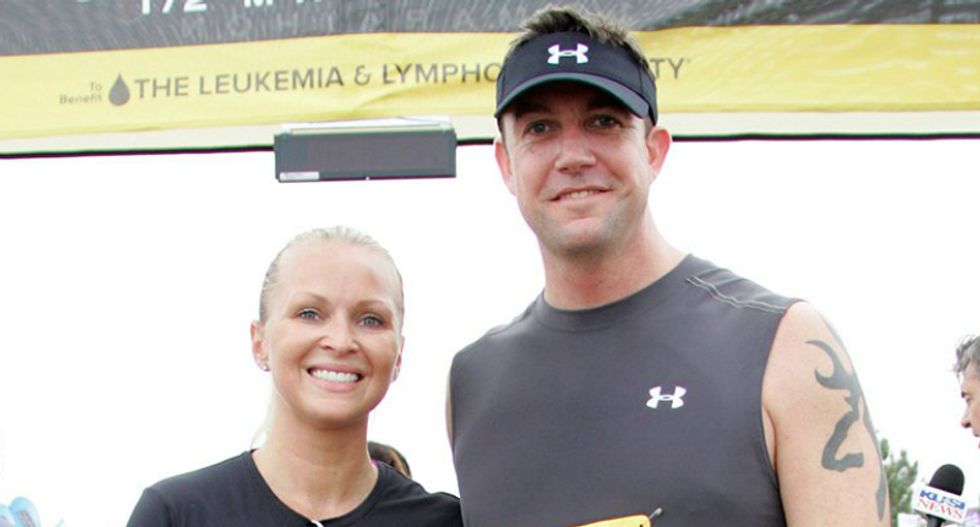 On Wednesday, the San Diego Union-Tribune reported that Margaret Hunter, the wife of indicted Rep. Duncan Hunter (R-CA) and a co-defendant in his case, will change her plea to guilty in federal court on Thursday morning.

The details of the plea deal she struck with federal prosecutors is unknown, as is whether she is cooperating against her husband.

Hunter and his wife were indicted last year on 60 charges for an alleged scheme to divert campaign funds for personal use and falsify government disclosures. Prosecutors say the two of them used hundreds of thousands of dollars donated to their campaigns on trips to Europe, private school tuition, groceries, bar tabs, dental bills, video games, and even to fly his family's pet rabbit across the country.

In one incident, as Hunter allegedly sought to charge a clothes purchase to his campaign account, his wife advised him to buy at a pro golf store so that he could pretend he was buying "some golf [balls] for the wounded warriors." In another, Hunter, who is a former Marine, tried to arrange a tour of an overseas Navy facility to make it look like the $14,000 trip to Italy he had billed to his campaign, and when officials told him they couldn't accommodate him on that date, he reportedly told his chief of staff, "Tell the Navy to go fuck themselves."

Initially, Hunter tried to dismiss the gigantic, questionable expenditures as a mistake, claiming that he got his credit cards mixed up, and reimbursed $60,000 of it (a tiny fraction of the total he spent). He later threw his wife under the bus, claiming that she was responsible for the whole fraudulent scheme.

Despite all of this being made public last year, Hunter narrowly won re-election to his very conservative Southern California district. His legal fate remains uncertain.