Inflatable tanks and 'fake news': the little-known side of D-Day 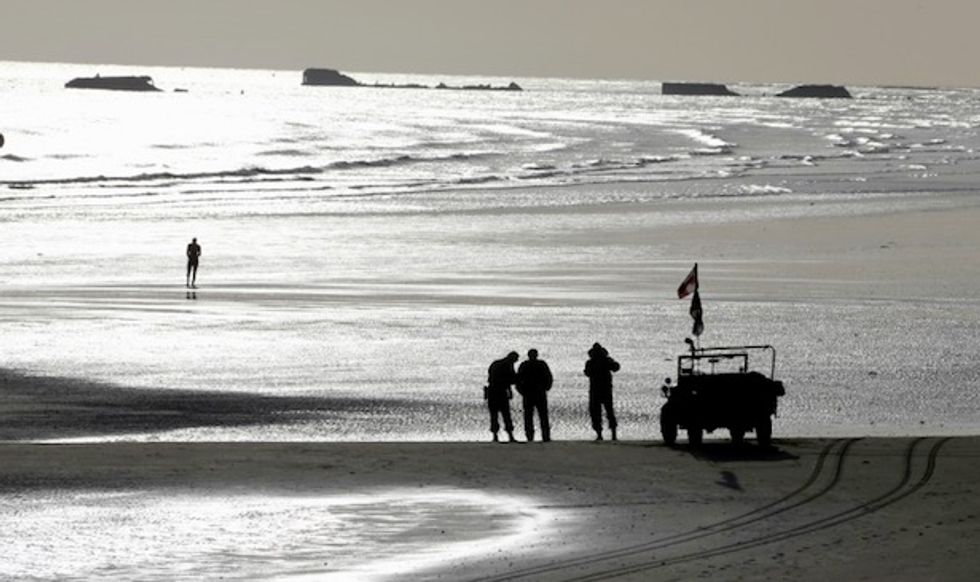 "Fake news" convinced Nazi defenders that the D-Day landing would not be in Normandy, but further north in the Calais region AFP / LUDOVIC MARIN

On June 6, 1944, more than 150,000 Allied troops invaded the northern French coast, marking the start of France's liberation from its Nazi occupiers.

It is remembered as a defining moment of World War II. Here are some little-known facts about "the longest day":

"When the Germans came, we told the men to hide. But when the Americans came, we had to hide the women!"

Readers of the military newspaper "Stars and Stripes" could learn the French for "you are very pretty", "I am not married" and "are your parents at home?", whereas the German vocabulary section offered phrases such as "No cigarettes!" and "Line up!", Roberts explains.

More than 150 American soldiers were tried for rape, most of them black men, underlining the racial discrimination at the time, Roberts said.

With D-Day looming, the Allies prepared for the worst.

Supreme Commander of Allied Forces in Europe and future US president, Dwight Eisenhower, prepared himself in advance for announcing a failure.

He penned a statement on June 5 entitled "In case of failure" which said that "any blame or fault... is mine alone".

"My decision to attack at this time and place was based upon the best information available.... The troops, the air and the Navy did all that bravery and devotion to duty could do."

But at Omaha, heavy casualties earned the beach the sombre nickname "Bloody Omaha".

High cliffs there gave the Germans an immediate advantage.

Americans were left waist deep in rough seas as crashing water sank their landing craft, and some drowned. Of the 34,000 Americans deployed, 2,500 were killed or wounded.

"Fake news" might be considered a modern phenomenon, but the British led a deception campaign, codenamed Operation Fortitude, to try and fool the Germans into thinking the Allies planned to attack Scandinavia, then France's Calais region, rather than Normandy.

Inflatable tanks were positioned on the British coast facing Calais, and metallic lures were used to make it appear to German radar that a large force was about to land near Calais. Fake radio messages were leaked to German intelligence services.

Even after the D-Day landings on June 6, the Germans believed a second attack was planned in the Calais region. Hitler eventually ordered troops to join the Normandy front.

Communicating through coded messages would have taken too long during the landings and commanders couldn't speak in English in case they were intercepted by the Germans.

Instead, the Americans used Native American "code talkers", especially the Comanche, who worked in their indigenous language.

He said his father told him that in the Comanche language, "crazy white man" meant Hitler.

"We would like to offer our sincere apologies," Royal Mail said.