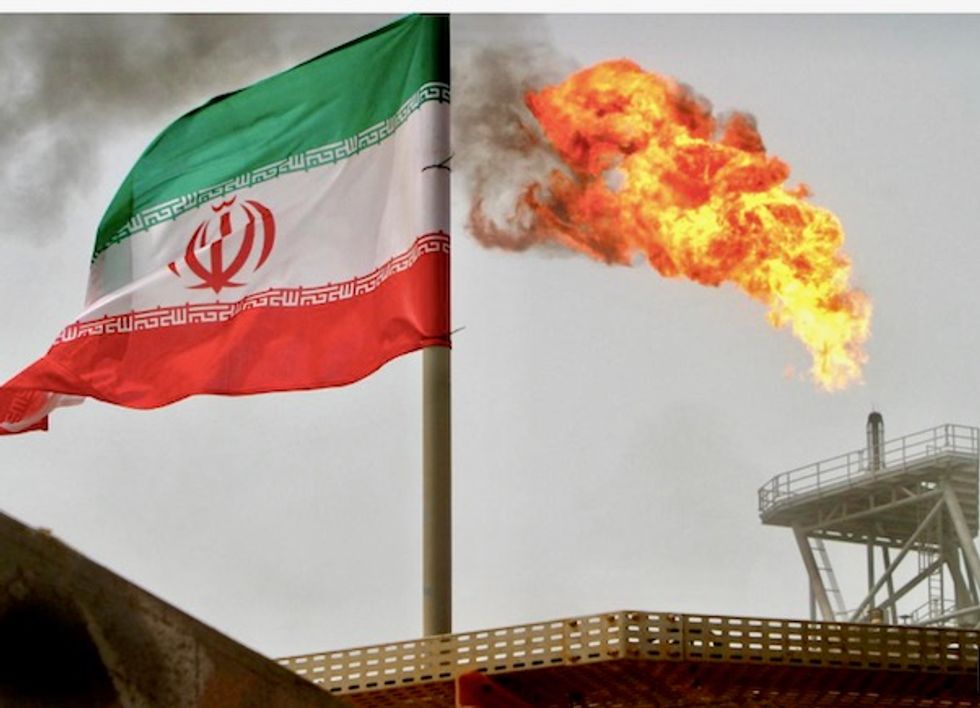 FILE PHOTO: A gas flare on an oil production platform in the Soroush oil fields is seen alongside an Iranian flag in the Gulf, Iran, July 25, 2005. REUTERS/Raheb Homavandi/File Photo

Iran said Saturday that new US sanctions on its petrochemical industry show the hollowness of President Donald Trump's claims to be open to fresh negotiations with Tehran.

"Only one week was needed for the US president's claim that he was ready to negotiate with Iran to be proven hollow," foreign ministry spokesman Abbas Mousavi said.

His statement came after the US Treasury announced new sanctions on Friday against Iran's largest and most profitable petrochemicals group PGPIC.

Trump said Thursday he would be willing to reopen talks as long as Iran agreed to give up nuclear weapons. But Tehran ruled out talks until the United States is ready to "return to normal."

Mousavi called the new sanctions another instance of "economic terrorism" and a continuation of US "enmity" against Iran.

"America's maximum pressure policy is a failed policy tried numerous times before by the country's previous presidents. This a wrong path and the US government can be sure that it will not achieve any of the goals set for this policy," Mousavi added.

It reimposed a first set in August followed by a second in November.

On April 8, it designated Iran's Revolutionary Guards a "foreign terrorist organisation", paving the way for sanctions against their sources of funding.

Announcing the sanctions against PGPIC on Friday, US Treasury Secretary Steven Mnuchin said they were intended as a "warning that we will continue to target holding groups and companies in the petrochemical sector and elsewhere that provide financial lifelines to the Islamic Revolutionary Guard Corp."