Iran says shot down US drone over its territory 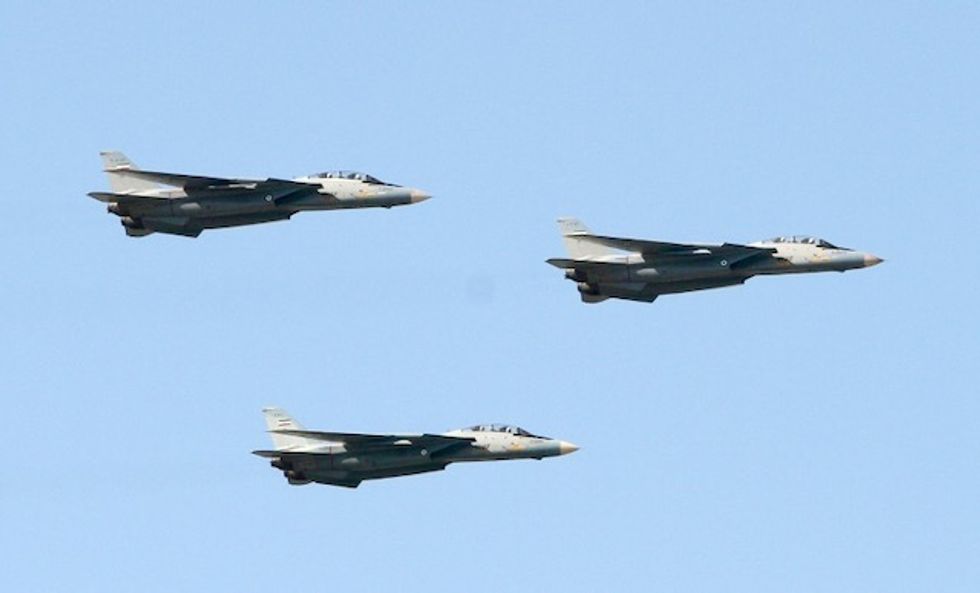 Iran's Revolutionary Guard said Thursday it had shot down a US "spy drone" which violated Iranian airspace near the Strait of Hormuz, in the latest incident to stoke tension in the strategic sea lane.

There was no immediate reaction from the United States.

The US-manufactured Global Hawk surveillance drone was hit with a missile "after violating Iranian air space" over the waters of Hormozgan province, the Guard said in a statement.

The Iranian military did not immediately publish images of the drone.

The incident comes at a time of growing antagonism between Iran and the United States following two waves of still unexplained attacks on Gulf shipping, which Washington has blamed on Tehran.

Iran has denied any involvement and hinted that the US might have orchestrated them itself to provide a pretext for the use of force against the Islamic republic.

Shooting down the drone on Thursday was "a clear message" that Iran will defend its borders, the head of the Revolutionary Guard said.

Iran will "respond to all foreign aggression and our reaction is, and will be, categorical and absolute," Hossein Salami said, quoted by Tasnim news agency.

"We declare that we are not looking for war but we are ready to respond to any declaration of war," he added.

Tensions have been running high between Iran and the United States ever since President Donald Trump abandoned a landmark 2015 nuclear agreement in May last year.

Washington has also bolstered its military presence in the Middle East in a campaign of "maximum pressure" against Tehran.

Its deployment to the Gulf of an aircraft carrier task force as well as B-52 bombers, an amphibious assault ship and a missile defence battery has sparked fears of fresh conflict in the region.

One of the two tankers attacked in the Gulf of Oman last week was damaged by a limpet mine, the US military said Wednesday.

Commander Sean Kido of US Naval Forces Central Command, or NAVCENT, said the mine used in the attack "is distinguishable and it is also strikingly bearing a resemblance to Iranian mines that have already been publicly displayed in Iranian military parades".

The Japanese-owned Kokuka Courageous, loaded with highly flammable methanol, came under attack last Thursday as it passed through the Gulf of Oman along with the Norwegian-operated Front Altair.

It was the second attack in a month on ships in the strategic shipping lane.

On May 12, two Saudi oil tankers and two other vessels were damaged in mysterious "sabotage attacks" in the Gulf of Oman off the United Arab Emirates.

Kido told reporters in the UAE emirate of Fujairah that the US military had recovered "biometric information" of the assailants on the Kokuka Courageous including fingerprints.

This information "can be used to build a criminal case", Kido said as the US Navy took journalists to the damaged ship currently anchored some 14 kilometres (nine miles) off Fujairah.

"Accusations levelled against Iran's armed forces and the published film with regards to the incident (that) happened to the vessels... are unsubstantiated and we categorically reject these accusations," the official news agency IRNA quoted him as saying.

Washington has released images and a grainy black-and-white video it says shows Iranians on a patrol boat removing an unexploded limpet mine attached to the Kokuka Courageous.

The US commander Kido said there was an "ongoing joint and combined investigation with our regional partners into the attacks" on the two tankers.