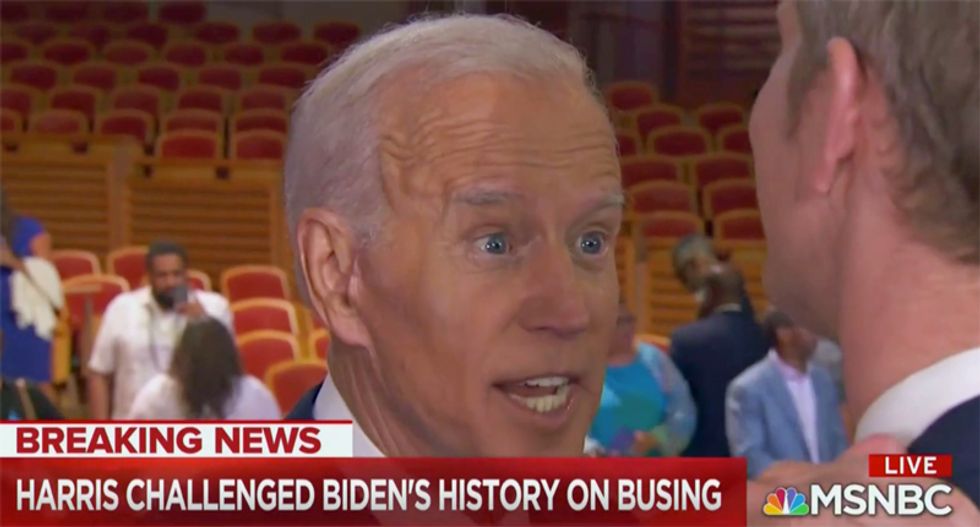 Former Vice President Joe Biden had a bizarre defense of his record on segregation during a bizarre post-debate interview with MSNBC.

The other nine candidates and their campaign surrogates all headed to the spin room after the debate. But Joe Biden remained on stage.

This created a bizarre situation where a Biden staffer prevented MSNBC' Garrett Haake from interviewing the former vice president as the network hosts speculated on when Biden would be interviewed.

This continued for several minutes.

Finally, Haake was able to ask a question on whether Sen. Kamala Harris (D-CA) misrepresented Biden's position on segregation.

"She mischaracterized it how?" Haake asked.

"I don’t think she intended to, she mischaracterized it because I supported busing to eliminate de jure segregation," Biden claimed, as he tried to ignore the reporter.