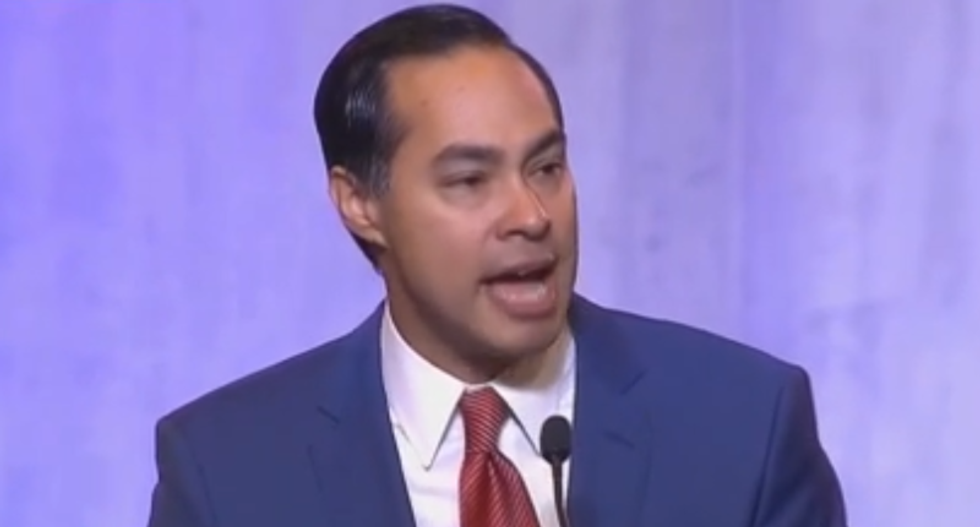 At the South Carolina Democratic Party's convention on Saturday, former San Antonio Mayor and Housing Secretary Julián Castro walked through what his first day as president would be like — and said the part he was looking forward to most was sending President Donald Trump away.

"A few weeks ago, somebody asked me, 'What's the first thing that you would do if you're elected president?'" said Castro. "And I told them the first thing that I would do when I'm in office is that I would sign an executive order recommitting the United States to the Paris Climate Accord so that we lead again on sustainability, and then follow that up with investment to get to net-zero and create more jobs in the new energy economy."

"But I also told them that, you know, my favorite moment of that day would actually come a little bit earlier, the moment when it's traditional on the White House lawn for the incoming president to usher out the outgoing president," said Castro. "I can just imagine being there with my wife Erica and our daughter Carina and my son Christián, getting ready to usher out Donald Trump and Melania Trump. They'll be getting ready to go to New York or to Mar-a-Lago or somewhere. The helicopter will be out in the distance."

"And just before he walks away, just as he's about to go, I'm going to tell him, 'Adios!'" said Castro to thunderous applause.