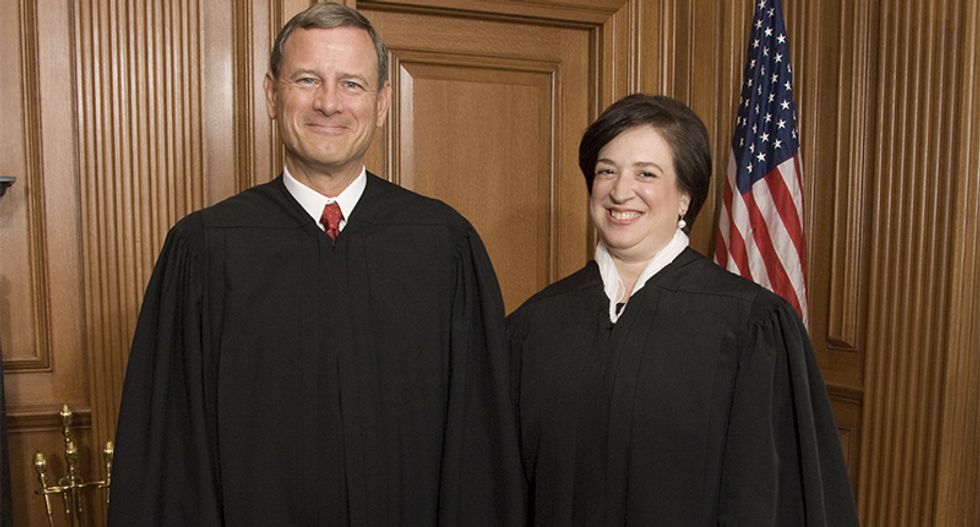 The U.S. Supreme Court ruled Thursday that they can't decide one way or the other about partisan gerrymandering because the issue comes from state legislators elected by the people. But it was Justice Elena Kagan who issued a fiery dissent calling gerrymandering outright "election rigging."

“'Governments,' the Declaration of Independence states, 'deriv[e] their just Powers from the Consent of the Governed.' The Constitution begins: 'We the People of the United States.' The Gettysburg Address (almost) ends: '[G]overnment of the people, by the people, for the people.' If there is a single idea that made our Nation (and that our Nation commended to the world), it is this one: The people are sovereign. The 'power,' James Madison wrote, 'is in the people over the Government, and not in the Government over the people.' Free and fair and periodic elections are the key to that vision," Kagan wrote. "The people get to choose their representatives. And then they get to decide, at regular intervals, whether to keep them."

She went on to say that partisan gerrymandering is anti-democratic "in the most profound sense."

"The politicians who benefit from partisan gerrymandering are unlikely to change partisan gerrymandering. And because those politicians maintain themselves in office through partisan gerrymandering, the chances for legislative reform are slight. No worries, the majority says; it has another idea. The majority notes that voters themselves have recently approved ballot initiatives to put power over districting in the hands of independent commissions or other nonpartisan actors. .... But put that aside. Fewer than half the States offer voters an opportunity to put initiatives to direct vote; in all the rest (including North Carolina and Maryland)..."

She noted that there is a way to do it to take into account the will of the people. She cited Missouri where citizens weigh in on the congressional maps.

"Of all times to abandon the Court’s duty to declare the law, this was not the one. The practices challenged in these cases imperil our system of government. Part of the Court’s role in that system is to defend its foundations. None is more important than free and fair elections. With respect but deep sadness, I dissent," she closed.