'Kamala just killed it': Sen Harris praised as the 'adult in the room' at #DemDebate 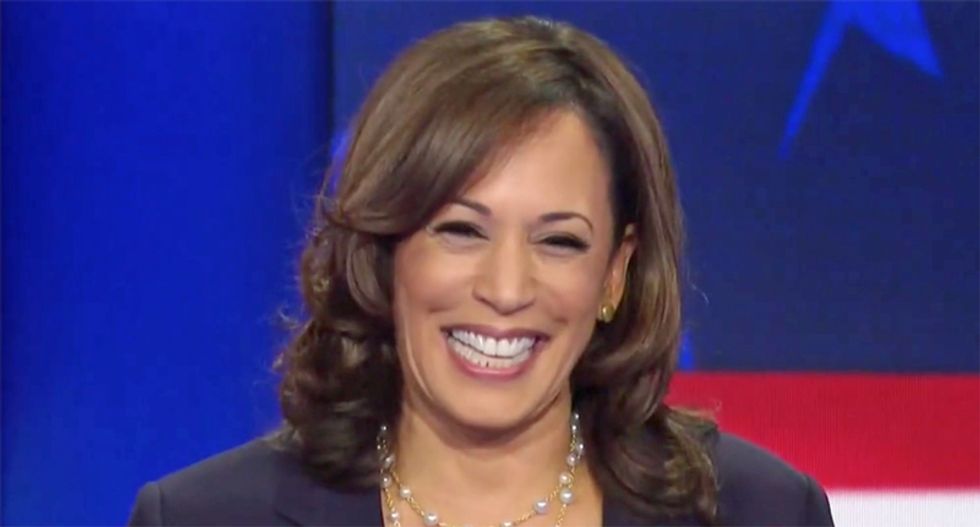 Senator Kamala Harris (D-CA) received praise on Thursday for shutting down a squabble amongst the other candidates during the second night of the Democratic Party debate.

"America does not want a food fight. They want to know how you're going to put food on their table," Harris said, to applause.

The candidate was quickly praised online for the exchange.

Here are some of the reactions:

Kamala Harris recognized that 10 candidates talking over each other is not a good look: “Americans do not want to witness a food fight.”
— Philip Rucker (@Philip Rucker)1561684825.0

Kamala has a great response while other candidates are fighting on stage. America does not want to witness a food… https://t.co/bAG7SXxm2G
— Chris Matthews (@Chris Matthews)1561684904.0