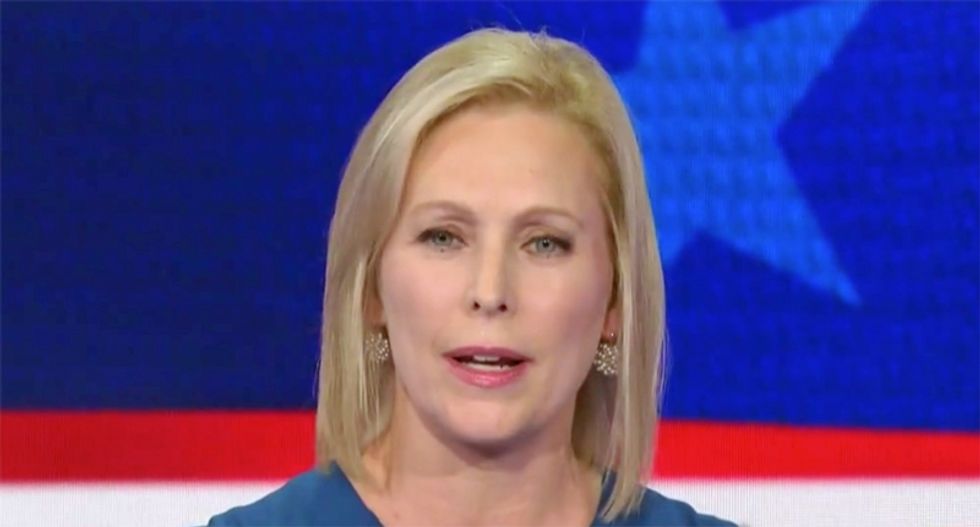 "The debate we are having in our party right now is confusing because the truth is there is a big difference between capitalism on the one hand and greed on the other," Gillibrand explained. "So all the things we are trying to change, is when companies care more about profits than about people."

"There may not be disagreement in the party, we want healthy capitalism," Gillibrand continued.