Large business will distance themselves from Trump after his fake ‘secret agreement’ with Mexico: Trump biographer 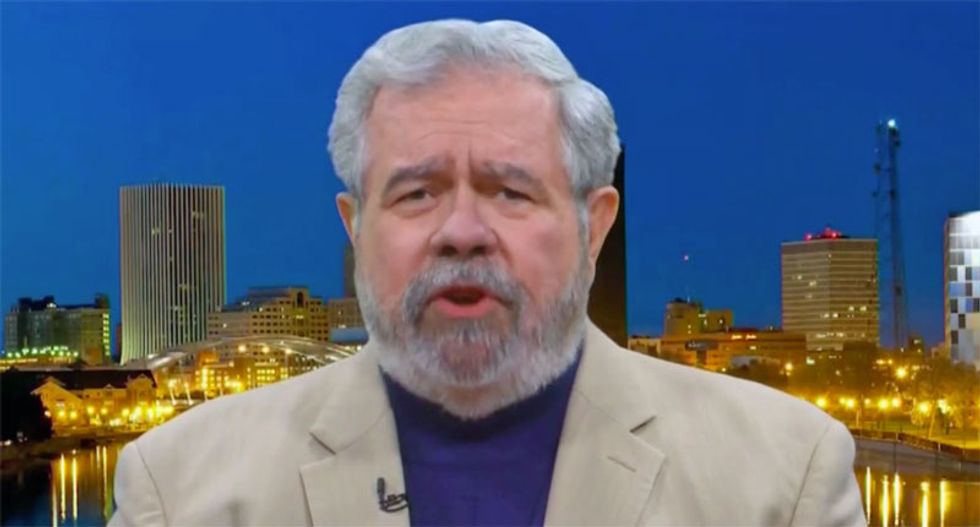 Trump called off his threats of tariffs on Friday, claiming victory. But on Saturday, The New York Times issued a devastating report that Mexico had already agreed to their concessions -- before Trump even started his trade war threats.

The report, which Trump disputes, essentially showed that the harm caused by his threatened tariffs accomplished nothing.

"President Trump this weekend taking a victory lap averting yet another crisis -- of his own creation. He tweeted over and over again what he claimed was a successful negotiation to avoid tariffs on Mexican goods, but the whole situation was Trump’s idea and completely avoidable," MSNBC anchor Ali Velshi reported.

"According to Axios, Trump’s proposed tariffs so alarmed U.S. business leaders, many of whom have fully supported Trump to this point, that some have begun an effort to take away trade powers from the president, and the traditionally conservative U.S. Chamber of Commerce just organized 140 agriculture businesses that oppose President Trump’s tariffs, a move that didn’t sit so well with the president," he noted.

For analysis, Velshi interviewed Pulitzer Prize-winning reporter David Cay Johnston. Johnston has partnered with Raw Story for investigative journalism. He is the author of the 2016 book The Making of Donald Trump.

"In this case, Trump has created a problem by getting people from Central America to come now for fear the border will be closed forever. He has reached an agreement way back in December, which was a good thing that he got an agreement, and now claims this is all new. It’s nonsense," Johnston explained. "And claims there are secret provisions out there to which the Mexican government says on the record, 'What are you talking about?'"

"And this is just classic Donald Trump. Make it up. People don’t know. Pull the wool over their eyes because he’s a grifter," he continued.

"What is one of the principal things you don’t want in business? Uncertainty. And Donald is full of uncertainty," he explained. "He’s doing this, no, he’s doing that. Oh, there is a secret agreement you never heard about."

"This all breeds uncertainty and trouble. And I think you’re going to see more large businesses stepping back from Trump and looking at their own interests and whether he’s acting against them as Donald becomes more and more erratic," Johnston predicted.