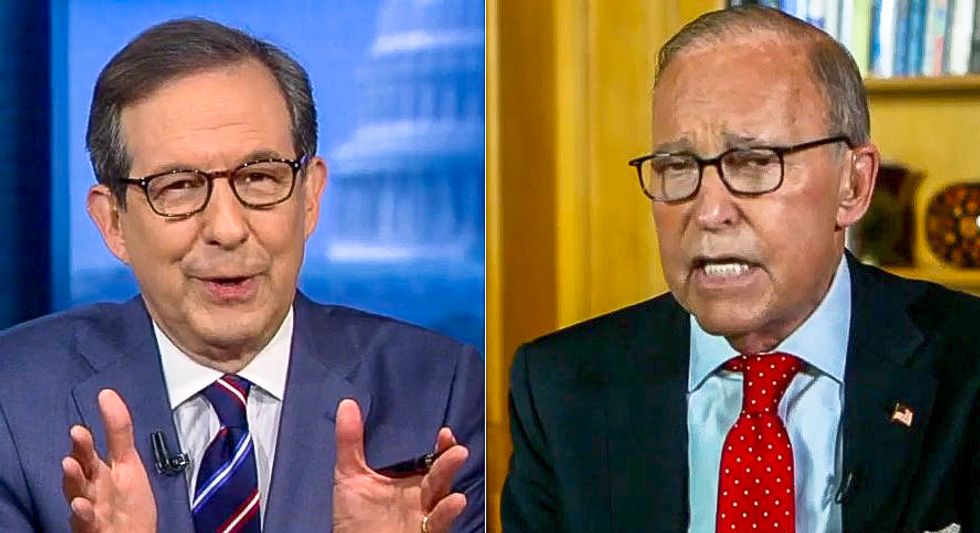 While appearing on Fox News Sunday, Wallace asked Kudlow about Sen. Elizabeth Warren's (D-MA) speech alleging that the tax code is made to benefit millionaires and billionaires.

"I don't understand in general... what planet they are describing," Kudlow said. "The United States economy is booming."

"It's not a campaign speech!" Kudlow shouted. "I'm citing facts and figures!"

Kellyanne Conway, White House special counselor to the president, was recently accused of violating the Hatch Act, which prevents federal employees from campaigning.

Watch the video below from WTTG.