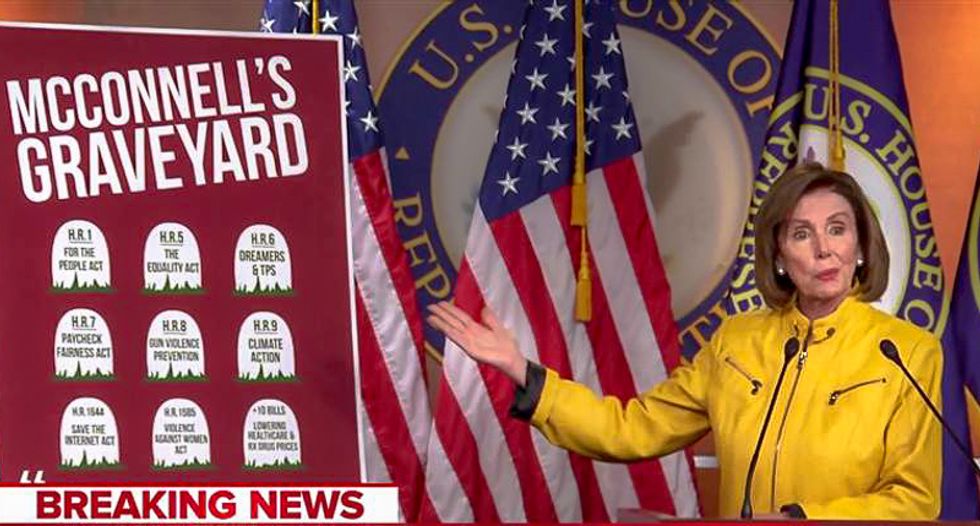 While speaking to reporters at her weekly press conference, Pelosi presented a list of bills that the Democratically-controlled House had passed.

"Leader McConnell seems to take great pride in calling himself the Grim Reaper," Pelosi explained. "It's part of his political campaign, it's part of the pride he takes as leader of the Senate."

"None of these things are going to be passed, they won't even be voted on," she said of the list of bills, which included the legislation on Dreamers, equal rights, gun violence prevention, violence against women, climate and paycheck fairness.

"What is it about Mitch McConnell and the Republicans in Congress that they do not want to respond to what is so popular across the board in our country?" the Speaker later asked.