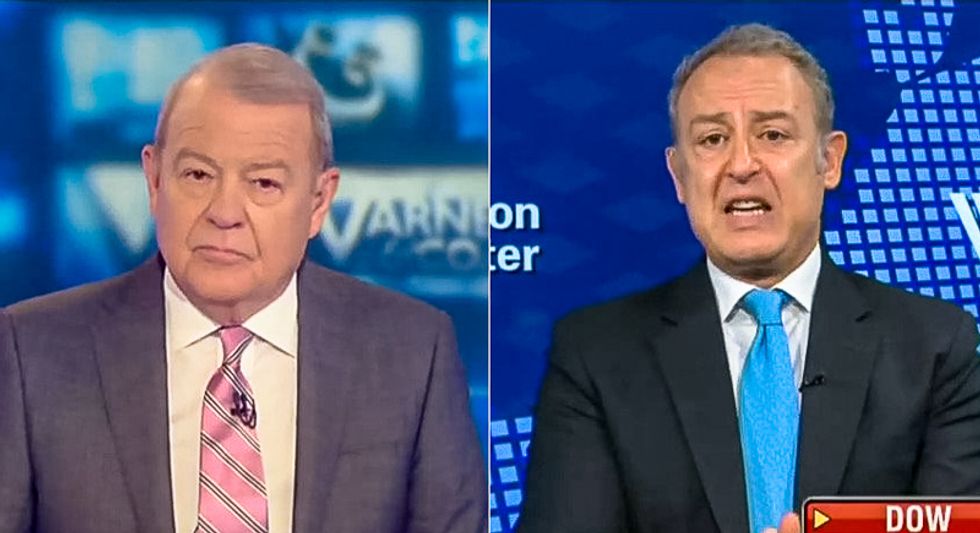 Mexico's former ambassador to the U.S., Arturo Sarukhan, on Tuesday suggested that Fox Business host Stuart Varney wanted Mexican authorities to "start shooting" migrants instead of letting them cross into the United States.

In an interview on the Fox Business Network, Varney demanded to know "what has Mexico done [to stop migrants] since President Trump threatened these tariffs about a week ago?"

"You can't enforce your way out of a migration crisis," Sarukhan explained. "You can't move the needle in seven days since the president put out his ultimatum. That's not going to happen. And it's very hard for a government to move based on these threats."

"Just the other day, a large group of one thousand migrants simply walked across the border," Varney complained. "Is there nothing Mexico could do just as a statement, 'We're trying to do something. We're going to stop this group, we're going to stop that group.'"

"Is there nothing you could do short term just to try to accommodate President Trump?" the Fox Business host pressed.

"I don't think you accommodate a bully," Sarukhan replied.

"You just labeled our president as a bully!" Varney interrupted. "We have thousands of people per day walking into our country from your country. We're a bully?"

"Yes, you are," Sarukhan fired back.

"I would disagree with that, sir," Varney stated.

"What's your benchmark of success?" Sarukhan remarked. "You want Mexico to start shooting them on the border?"

"No!" Varney exclaimed. "I want Mexico to take rational action, state what they're going to do and get on with it. I think it is reasonable to say America is being invaded. And in the face of invasion, you do take strong action."

"And the only way you're going to do it in a relationship as complex as this one is if both countries work together," the former ambassador said.