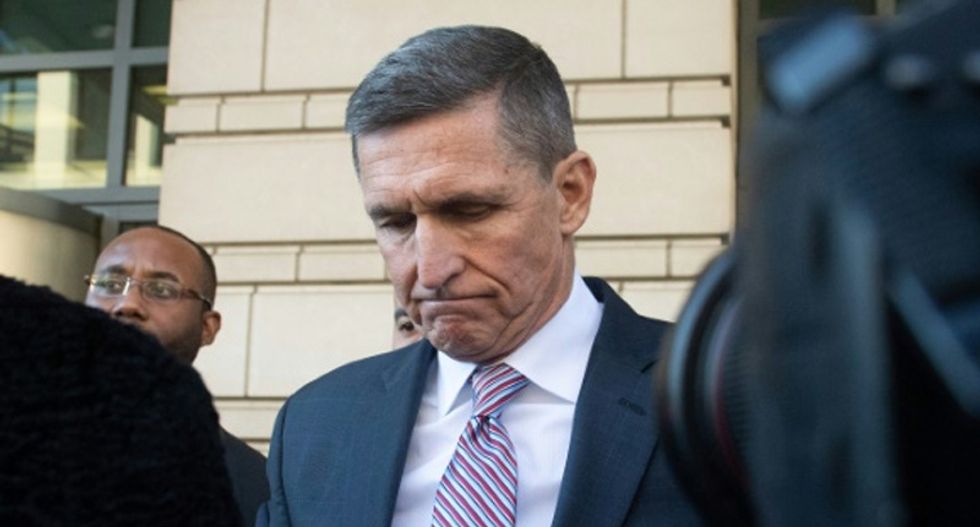 And on Monday, new signs emerged that his legal team is looking to shake things up. Flynn had another status hearing on Monday before Judge Emmet Sullivan as he awaits sentencing for charges brought by former Special Counsel Robert Mueller.

In the hearing on Monday, Powell, who had been publicly critical of the Russia investigation before joining Flynn’s team, requested a security clearance to review documents in the case. This was a surprising move, because the government said that there was no classified information in the documents it had turned over to the defense.

Her remarks heightened speculation that Ms. Powell — who has pushed conspiracy theories about the special counsel’s investigation and sells anti-Mueller T-shirts on her website — may be preparing to accuse the government of wrongdoing in Mr. Flynn’s case.

“There is other information,” she said, but she declined to elaborate.

As part of the Russia investigation, the FBI discovered that Flynn had lied to investigators during his brief tenure at President Donal Trump’s White House about his communications with Russian Ambassador Sergey Kislyak. He pleaded guilty to these charges and cooperated with investigators. He was expected to face sentencing in December 2018, but Sullivan indicated his punishment could potentially be less severe if they delayed sentencing until his cooperation with complete, so Flynn agreed to put off sentencing.

Many of the president’s defenders have long argued that Flynn has been unfairly maligned, despite his guilty plea, and that Trump was unfairly targeted by the intelligence community during the 2016 election. These conspiracy theories ignore, however, that the most notable actions the FBI took during the 2016 campaign damaged Trump’s political opponent, Hillary Clinton.

The new moves from Powell suggest she will play into these conspiracy theories, even though Flynn’s case is all but settled.(And indeed, it appears Mueller went far easier on Flynn than he could have, declining to press charges related to undisclosed lobbying for Turkey.)

So why would Flynn go this route? He could think it’s his best hope of a pardon and public vindication.

“Flynn is playing a dangerous game here with his new lawyer that could only lead me to one conclusion: this is all about a pardon now,” explained national security lawyer Bradley Moss on Twitter. “He will still cooperate but then he will make a full court PR press for Trump to pardon him.”

He continued: “The effort by Powell to get a clearance as part of her representation of Flynn (who [pleaded] guilty and is at the sentencing stage of his case) is no doubt about her theories that there is separate classified info that will ‘prove’ the intercepts that caught Flynn’s calls with Kislyak were illegal and/or that details were leaked by FBI elements trying to put pressure on Flynn. Mind you, the clearance Powell wants isn’t for information in the existing record; it’s for unidentified ‘other information’. Clearly she is prepping a legal move to get at this information as part of the separate pardon push.”